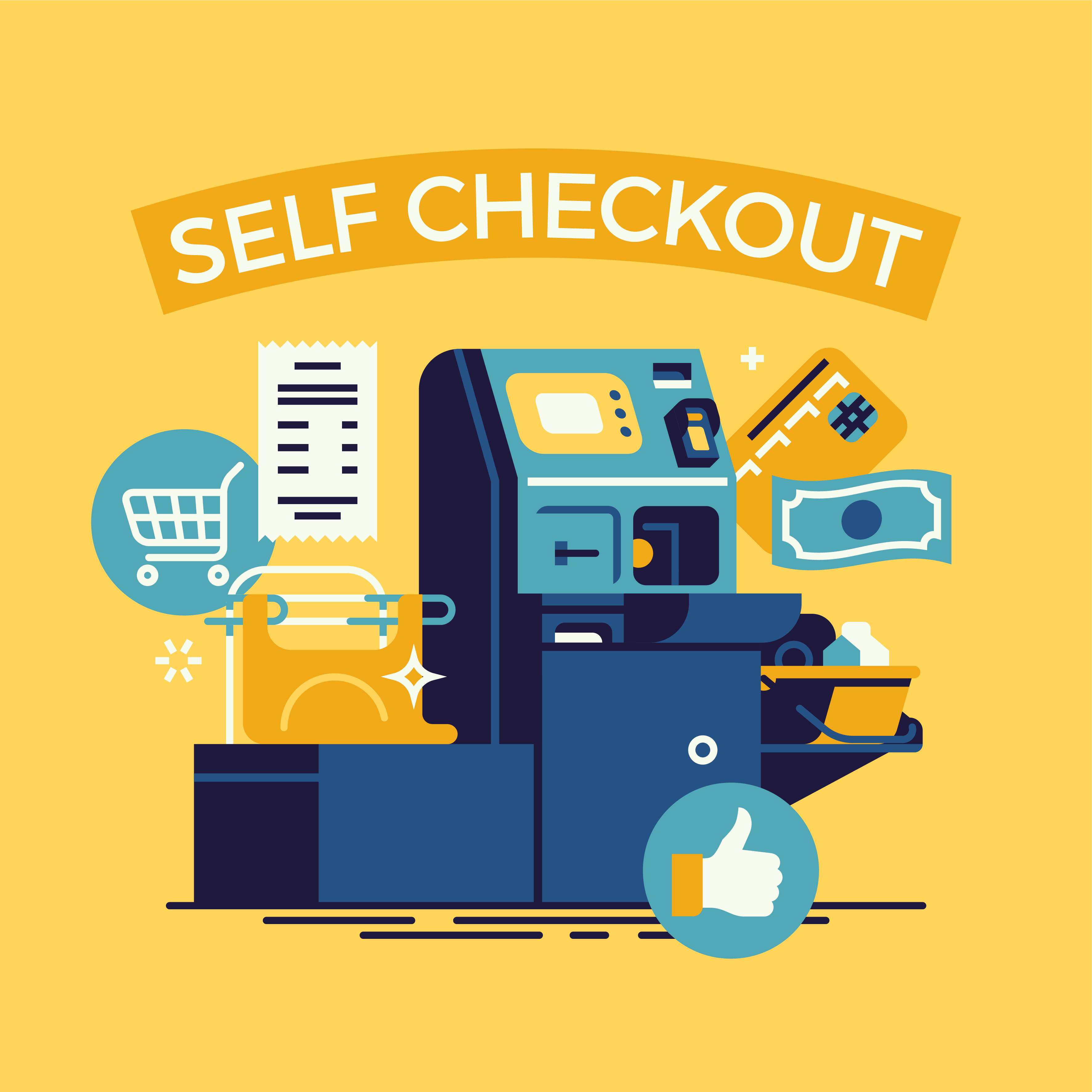 Posted at 16:28h in Features by Claire Mahoney

There is little doubt that the retail environment is changing fast. In fact, tighter margins are leading many retailers to rollout more and more self-checkouts as they strive to keep a lid on their operational costs.

This move for greater efficiency is also opening-up new loss prevention challenges for retailers. In such a scenario, without the right security measures in place, staff may struggle to pick out suspicious activity and the automatic systems built into the checkout may generate too many false alarms so when a real incident happens, it may simply fall under the radar.

Significantly, the potential issues here have been flagged up in a series of studies, including by ECR Shrinkage Group that was reported back in December and was based on 140 million transactions. The key takeaway from the research was that stores with self-scanning were suffering between 30 per cent and 70 per cent more losses than those without.

One route that is now gaining traction to stem the tide of retail shrinkage in the Middle East and across the globe is to refine video analytics to the point where it can flag up specific behaviours around scan avoidance – at both manned and self-checkout areas – with a high degree of accuracy.

Pushing the envelope of what is possible in this field is undoubtedly StopLift Checkout Vision Systems in the form of advanced computer vision algorithms that can work with in-store cameras – and, now, those built into the checkout systems themselves – to help distinguish between legitimate and fraudulent behaviour at the checkout.

When deployed, StopLift’s technology is said to be able to detect scan-avoidance by flagging up unscanned, unpaid, merchandise at the checkout. Examples of underhand activity by customers that StopLift’s computer vision algorithms can pick-up include passing items around the scanner, leaving unscanned items in the shopping cart, and covering up a barcode while scanning.

The ongoing success of StopLift was underlined back in November when it was announced that NCR Corporation – the global leader in self-checkout technology with more than 250,000 installations worldwide – had acquired the vendor with a view to integrating StopLift’s AI (Artificial Intelligence) capabilities into its retail store systems in the form of Smart Assist.

Malay Kundu from StopLift explains: “With everything coming to a boil with respect to just how big an issue it is [self-checkout theft] and with our systems fully integrated into NCR they decided to acquire us. So StopLift has essentially become the computer vision security division of NCR.”

Kundu says that when it comes to security, traditionally self-checkouts have relied on weight-based checks which can, unfortunately, lead to false alarms: “When you scan something and put it in on the bag scale it is then compared with the expected weight. But anyone who has used self-service checkout knows that those are quite inaccurate and will often cause the self-checkout to beep at the customer.”

He says that this is a source of frustration especially given the reason customers tend to opt for the self-checkout is convenience: “To then have your transaction halted because of something that doesn’t make sense is very problematic.”

In terms of how StopLift’s solution can help overcome this false alarm hurdle, Kundu is enthusiastic about the way that integrating computer vision directly into the checkout can complement the existing security system – the sensors – to identify when things are suspicious and, crucially, when they are not.

“We are using AI to understand what is happening in the scene, ” says Kundu. “With Stoplift’s AI computer vision algorithms it is possible to extract useful information from the camera view to tell what the human operator of the self-checkout – the customer – has handled versus what they have rung up: “Additionally it is able to detect ticket switching where a small inexpensive item may be put under an expensive item.” He says that the system can compare what an item associated with a barcode should look like with the item that was presented.

To deliver such a reliable solution for loss detection, Kundu stresses that there are several levels of ‘learning’ which StopLift’s solution engages in: “There’s a sort of global learning that takes place where – because it is cloud-based – it is learning from everything it is seeing, the modes of theft, in every checkout around the world. On top of that there is learning what each chain’s items look like and how transactions are preformed and then learning on a per checkout basis how that checkout compares in terms of computer vision statistics.”

Up to now Kundu explains that StopLift has tended to work with the overhead cameras that retailers themselves have installed but now thanks to the NCR connection it is also possible, he says, to take footage from a pre-mounted camera in the tri-light pole of the NCR self-checkout system.

“This [camera] has a simple overhead view that makes it much easy for retailers to deploy. It is a turnkey solution. They don’t need to have people on ladders figuring out where to hang cameras from the ceiling.”

Of course, the retail sector has been a long-term proponent of the value of linking transactional metadata with video surveillance footage to address stock shrinkage and to protect profitability at traditional manned checkouts. In such a busy environment the potential to tie-in POS (Point-Of-Sale) transactional metadata with footage from video surveillance cameras has proven its ability, over the past decade, to flag-up, and provide confirmation, of unauthorised and criminal activity by both retail staff – such as ‘sweet-hearting’ where unauthorised discounts are given – and customers.

Looking at this process in more detail, when video surveillance cameras and systems are integrated with POS systems exception reports can be produced – linked with the relevant video footage – for real-time or post event analysis. Not only can the data generated provide key metrics on what is actually happening at a specific till, or cashier, but, crucially, having the video footage available for a particular event means that lessons can be learnt from viewing that footage about the sort of things that are happening in-store and, if necessary, loss prevention measures strengthened, more staff training undertaken, or disciplinary action taken.

Talking to Bjørn Bergqvist, senior product marketing manager – product marketing management and business development, at Milestone about the state of play here he points out that the vendor’s retail solution as an add on to the vendor’s XProtect VMS (Video Management Software) is designed to support full integration: “This gives the user the ability to corollate every registered transaction from his business systems such as POS systems and ERP [Enterprise Resource Planning] with the relevant video, whether it is matching the scanned item with the right footage, making sure a membership card was actually used to provide any discount and that change was correctly given based on the bills handed over.” Bergqvist reckons that reducing shrinkage and documenting POS activity are two of the biggest concerns for Milestone’s retail customers: “Our retail solutions are designed to solve that need exactly.”

The type of video surveillance cameras and how and where they are deployed by retailers is also a critical element in the battle to put the brakes on crime in the POS area.  Jeff Whitney, vice president of marketing at Arecont Vision Costar, says that sweet-hearting is the most common shrinkage challenge that leads to over 30 percent of retail losses by some estimates: “This typically occurs either by scan avoidance – the employees skips processing some of the items being checked out by a friend, family member or co-conspirator – or by tag switching.”

Whitney goes on to explain that, thankfully, today’s high resolution megapixel cameras are well placed to catch sweet-hearting and other previously hard to detect activity in both live and forensic viewing: “Instead of a limited field of view and fuzzy imagery, a megapixel camera with a good quality lens and optics package can provide unmatched detail to read denominations of currency and images of clothing, labels, and faces when properly positioned.”

He adds that with a dual sensor camera it is even possible to cover two POS stations: “This reduces the cabling required by half, leading to significant cost savings.” In addition, he underlines the fact that there is the potential for one multi-sensor camera – with a fixed panoramic field of view – to cover the Point-Of-Sale area as well as the entire retail area for overall situational awareness.