Aviation security – An inside job 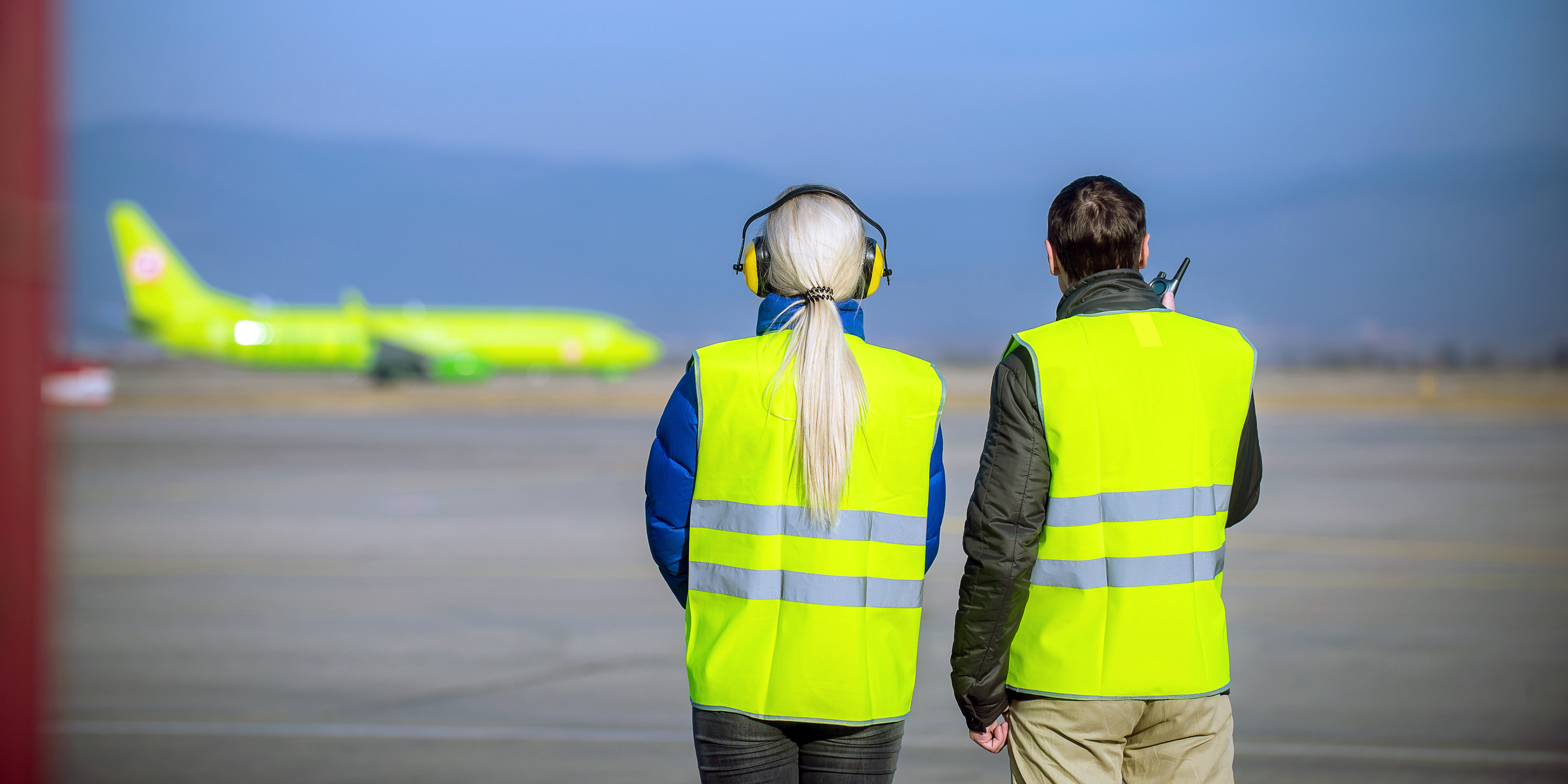 28 Jul Aviation security – An inside job

Posted at 10:43h in Features by Claire Mahoney

The vetting of those employed at airports is one aspect of security that has been raised by many commentators as a potential weak link for aviation security, especially as any lapses may allow terrorist cells to infiltrate airports with devastating effect.

A case in point is what happened at Brussels Zaventem International Airport in March 2016, which saw two suicide bomb blasts in the departure hall of the main terminal. This resulted in 11 deaths and 81 individuals injured and served as a wake-up call for those responsible for airport security. Unsurprisingly, post-Brussels, there has been much soul searching by the authorities, and airport operators, regarding the steps that they can, conceivably, take to bridge any security gaps including the insider threat.

Looking more closely at the human dimension associated with Brussels, Flemish-language television station VTM revealed that one of the suicide bombers – Najim Laachraoui – had worked at the airport for five years until 2012. Of course, those who say that this should have raised a red flag are working with the benefit of hindsight. It was, in fact, only two years on in February 2014 that Laachraoui is thought to have actually travelled to Syria, long after his stint at the airport, so whether the warning signs were there for his employer – or the authorities – to take action prior to this is still open to question. Added to a direct, albeit historical, connection with one of those involved in the Brussels airport attack, an open letter from airport police officers issued the week after the attack also raised serious questions about how deep seated such vulnerabilities are. One of the key points flagged-up by the letter was that, according to the police officers, ‘at least 50 ISIS sympathisers are working in the airport’ with security passes in roles from shop assistants to cleaners and baggage handlers.

Although not specifically aviation-connected, the multiple events in Paris which predated Brussels also had wider ramifications for airport security thinking. A case in point was the fast-track review of security at key locations in and around the French capital that saw Charles de Gaulle airport – Europe’s second largest – coming into the frame for tougher employee vetting measures. As part of the security effort at Charles de Gaulle, lockers were searched for materials, which could hint at radicalisation or terrorist connections, and a wide-ranging review was instigated of the 87,000 individuals holding badges giving them access to security-critical areas like baggage handling and airside.

Here in the Middle East, when it comes to the exact cause of the downing of the A321 Russian airliner over Sinai – which led to the deaths of 224 passengers and crew – after much conjecture by mid-November of 2015 the chief of Russia’s security services – FSB – Alexander Bortnikov confirmed that traces of explosives had been found in the plane’s debris. He suggested that a bomb, of up to one kg of TNT, had been put on board causing the plane to break apart in mid-air. Although the methodology for the explosive being smuggled onto the Metrojet flight is still up in the air, renewed attention is now being given to the way that passenger’s baggage is screened, the training and effectiveness of security staff, and, crucially, the screening and vetting of those who may work airside and could, potentially, gain access to a plane.

Adding to concerns about the situation on the ground, shortly after the incident some security officials involved at Sharm El Sheikh Airport in Sinai, Egypt, spoke, on condition of anonymity to The Associated Press (AP). They were keen to raise a series of concerns including about a malfunctioning scanner and, worryingly, bribes being taken by policemen monitoring X-ray machines. One official’s words were particularly damming in this regard: “I can’t tell you how many times I have caught a bag full of drugs or weapons that they have let through for 10 euros or whatever.” So, where the Sinai incident is concerned there were worries, at the time, that the indications were pointing to ‘interference’, essentially someone placing an explosive device on the aircraft either in the baggage area or in the passenger’s luggage.

Speaking to a aviation security expert from G4S in the months after Sinai about the challenges of vetting staff in countries where access to records may be more problematic, they reflected on their experience at Baghdad International Airport in the early days: “The infrastructure, the whole process around records and everything, was so disjointed. Mainly as a result of the war it was very difficult to vet a member of staff working at Baghdad airport. If you had a handling agent, in the baggage hall, he had probably gone through a vetting process but there was the question of how good that process was because the intelligence within that community was not as good as somewhere like the UK, France, or Germany.”

What was the solution? In terms of Baghdad, one of the key things G4S did was to link-in to the Iraqi government who were slowly improving, under recommendations from the US: “The US had ‘wanted people’ lists, they had a reasonable record of people who they had come across, so it was a matter of getting clearance from the US government when we [G4S] first started the contract.” The G4S spokesperson went on to say that now it is about clearing people through a criminal record check with the Iraqi government. In addition, he explains, that in his experience, it helps to go one step further and tap into wider local intelligence by speaking to family members and community elders.

Heading across the Atlantic to the US, a report published in June 2015 by the Homeland Security Department’s Office of Inspector General garnered many media headlines against the backdrop of the growing terrorist threat. The primary reason that the document gained so much traction was the fact that it contained the findings of a review to ‘identify enhancements to the Transportation Security Administration’s (TSA) vetting of workers to secure areas of commercial airports for links to terrorism, criminal history, and lawful status. Although the report started by acknowledging that ‘TSA’s multi-layered process to vet aviation workers with potential links to terrorism was generally effective’ it did spotlight some areas of concern following the audit. One aspect that the media was quick to pick-up on was the fact that testing showed that 73 individuals with terrorism-related category codes were not identified by TSA. The reason for this lapse was put down by the report’s authors to the fact that: “TSA is not authorized to receive all terrorism-related information under current interagency watch-listing policy.”

Fast-forward two years and a report by the Home Security Committee of the House of Representatives signalled continuing concerns that Americas’ airports were vulnerable to insider threats by lone wolf attackers with access to secure areas. The Committee pointed out that most of the 900,000 workers at US airports can regularly bypass security screening with only three airports screening 100 per cent of employees and their bags, with the rest relying on random screening and credentials checks. Recommendations from the report included looking at the feasibility of expanding physical screening, an increase in covert testing, biometric access credentialing – fingerprints or retina scans, continuous background testing and quickly deactivating badges if they are lost or stolen.

For security screening other countries are also strengthening their procedures. Back in late 2017 it was reported that 140,000 workers at Australia’s major airports were to face additional measures. This came in the wake of an alleged terror plot to attack an Etihad Airways flight leaving Sydney earlier that year. The heightened checks that were rolled out focus on baggage handlers and airport staff working in restricted zones all of whom are now subject to random tests for explosives plus inspections of their belongings and vehicles.

Of course, it is not just airport workers who may have terrorist connections that can prove detrimental to airport operations, those with a criminal intent are also proving to be a major headache. With regards to baggage handling, for instance, some airlines have even resorted to installing covert cameras in an aircraft’s hold to catch unscrupulous individuals in the act of stealing items from passengers’ luggage when they think they are out of sight. In Europe baggage handlers at Milan’s Malpensa airport lost their jobs after an extensive criminal investigation in which hidden cameras gathered evidence of workers tampering with luggage. Searches of suspects’ lockers and homes recovered goods, including jewellery, worth an estimated 25,000 euros.

There are also worries that left unchecked lower level criminal behaviour can lead on to other activity and even terrorism. This was certainly something that was voiced by Patrick Gannon, police chief of Los Angeles International Airport, following the firing of 16 airport workers on the back of an investigation that uncovered a large stash of valuables, from computers to designer bags: “We cut theft in two terminals by 60 per cent because of aggressive investigative work,” said Gannon, “I absolutely think that if we don’t pay attention to the small things that happen around here it could lead to much larger things. So, there is, I believe, a connection between baggage theft and terrorism,” he concluded.

Ultimately, it is no easy task for airports seeking to weed out those individuals who may be a real security threat, especially as some may fly under the radar by virtue of not having a criminal record or because they are radicalised in a relatively short period of time once they have taken-up a position. Given these dynamics it is imperative that, moving forward, airports have an active process in place which doesn’t simply stop when someone starts but takes account of changes in their circumstances – with the help of the relevant authorities – throughout their period of employment.

Pull quote: “The infrastructure, the whole process around records and everything, was so disjointed. Mainly as a result of the war it was very difficult to vet a member of staff working at Baghdad airport. If you had a handling agent, in the baggage hall, he had probably gone through a vetting process but there was the question of how good that process was because the intelligence within that community was not as good as somewhere like the UK, France, or Germany”