Are we pricing PSIM out of the market?

Home > Features  > Are we pricing PSIM out of the market? 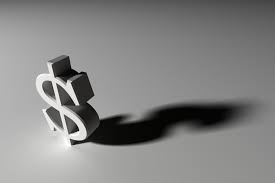 04 Oct Are we pricing PSIM out of the market?

Posted at 17:20h in Features, Uncategorised by Claire Mahoney

Manufacturers of PSIM systems must stop penalising end-users with costly upgrades and maintenance agreements if the true benefits of integration are to be enjoyed, writes Stephen Smith, managing director of Integrated Security Manufacturing

Physical Security Information Management (PSIM) systems have come a long way in an incredibly short time. The acronym has become synonymous with integration, and the ability to manage and control multiple technologies across multiple sites.

But there is a big difference between ‘true’ PSIM systems – which might be better described as Integrated Security Management Systems (ISMS) – and systems that masquerade under the PSIM umbrella that are little more than glorified management systems for their own platform eg video management, PIDS, access control etc.

And there is similarly a world of difference between a manufacturer’s system that is capable of monitoring alarms or controlling systems all from the same stable, and a ‘true’ PSIM (or ISMS) that controls multiple technologies from multiple manufacturers.

The former delivers an integrated solution up to a point, but ‘true’ integration is only achieved by those systems that can accommodate any technology of any make and do so across multiple sites, and even multiple countries.

A trend in the past has been the failure of certain PSIM manufacturers to take ownership of integration, or to be more specific, how easily our systems integrate with third-party technologies.

This concept of ‘accountability’ is an important one. Too often we hear of individual equipment manufacturers saying that ‘the fault is not at my end’, that their system ‘is working ok’ and that they ‘have never had a problem before’. None of these answers were acceptable in the beginning and they are certainly not acceptable today.

Happily, a trend is now emerging that is more positive, with manufacturers taking greater responsibility for all elements of integration, for evaluating the various Software Development Kits (SDKs), and for being accountable if the system doesn’t work. The customer wants what he has paid for, and is not interested in the ‘blame game’. Best-in-class PSIM manufacturers understand this, and acknowledge where the buck finally stops.

Technology has, of course, advanced considerably in recent years, and end users are moving to greater integration of systems across their whole estate to centralised control rooms. As the technology advances more power is required to run integration for each system and more systems are being integrated so multiple servers are being required to achieve the level and scale of integrated solutions. This has led to a key trend to move away from the use of multiple servers to ensure the integrity and reliability of each installation and towards a different approach, including peer-to-peer networks.

There are well-documented problems with server-based systems, especially in relation to levels of redundancy. They are also ‘rigid’ and ‘inflexible’ in that they are both difficult and costly to expand. That is not to say that system expansion cannot be achieved; server farms and new clustering software have undoubtedly helped, but they are expensive and do not migrate in the same way that a peer-to-peer network can migrate and react if something should go wrong. And things certainly go wrong. The cost of a WAN for the larger systems is also a problem, and if a WAN goes down this can lead to major disruption in communication between multiple sites.

The ability for customers to expand their PSIM solution in line with demand is of critical importance, and will continue to be so. Peer-to- peer networks enable businesses to equip local sites initially and then cluster multiple sites together in the future as their needs change. This has the effect of spreading the deployment cost, whilst giving the customer the option of moving to a centralised system at a later date.

The trend today is for systems that allow for each driver to be run as a separate software ‘instance’. This enables the main platform software ‘engines’ to monitor the performance of each individual connection, and isolate any driver that is unstable. Third party SDKs can and have caused issues in the past; it is software developed by a third-party equipment manufacturer after all, and glitches will inevitably occur. As such the ability to identify issues early and on an ongoing basis is vital to the integrity of the whole system.

There is another advantage of a peer-to-peer network over a ‘traditional’ server-based approach. The combination of separated drivers and peer-to-peer means that even the operating system is being monitored; if a PC operating system ‘hangs’ (ie freezes), the migration of the drivers will still take place. When using servers, it has been known for a server to ‘hang’ but for the network (and QED the customer) to still believe that it is connected to it. The operator therefore has no indication that the whole system has in fact failed, and is unlikely to know unless or until it is too late and his site has been compromised.

Another key trend has been the focus on making PSIM systems easier to use. Some within our industry choose to overlook the critical role that the actual operator could and should play in how PSIM systems are set-up and designed. What might look good in a test laboratory or on paper, can fall at the first hurdle once in the hands of an operator being given. Make the system easy to use, and the full advantages of PSIM will be realised; make it too difficult, and the investment has been almost entirely wasted.

‘True’ PSIM (or ISMS) systems are built around intuitive software that combine a range of industry-leading features and benefits including an enhanced graphical user experience and 3-D modelling, as well as a comprehensive event management database. Events and alarms are presented to the operator clearly, as and when they happen, allowing an immediate and informed decision to be taken, and ensuring that nothing critical is missed.

In a risk environment that is increasingly multi-site, and multi- national, it is not surprising that the ability to manage large numbers of disparate systems via a single platform is finding favour with those given a security responsibility, especially when critical infrastructure is at stake. As such, the future for ISMS manufacturers and customers alike looks a bright one. The only potential dark cloud is the one regarding cost.

Most customers will accept that certain ISMS systems will cost more than others based on their level of sophistication, reliability and performance. What these same customers are being asked to accept also, is an ongoing cost for software licensing and system support that is wholly unjustified.

Whereas consumers might accept that their software needs to be regularly updated, and so too their PCs, the licensing concept does not translate into a security environment. ISMS systems have been installed that only two or three years later need to be upgraded, and without the upgrade, the system would no longer be supported.

Some of the numbers have been eye watering; sometimes the cost of a system upgrade is as much as 75% of the cost of having a whole new system installed, which is in itself an outrage. And when the cost of ongoing maintenance is included, it is little wonder that customers see security as a grudge purchase.

This practice should not be allowed to continue. In the future, I would like to see software support for 10 years as mandatory and part of the initial contract. Costs need to be transparent. Maintenance agreements should also be compulsory and upgrades part of an ongoing support and maintenance contract. Customers should be clear on what they are buying, and how their ISMS system will perform.