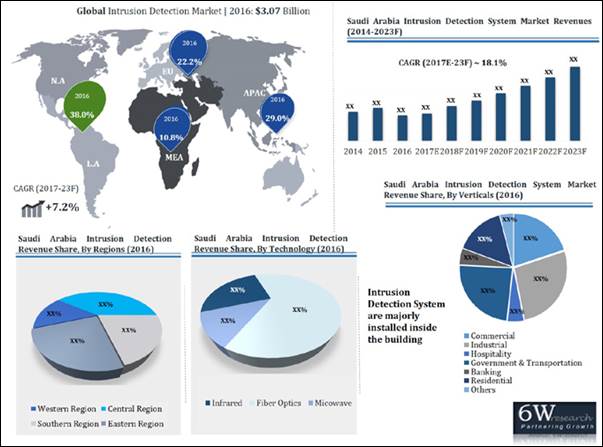 Posted at 09:54h in News by Claire Mahoney

Despite a decline over the last couple of years, the intruder detection market in Saudi Arabia is likely to register positive growth buoyed by increasing infrastructural projects, upcoming hotels and shopping malls, along with increasing inflow of FDI in the construction sector, according to a new report by 6Wresearch.

The report says that the sector is projected to grow at a CAGR of 18.1% during 2017-23, predominantly due to the recovery of crude oil prices. Further, with the announcement of government smart cities project, under which construction of 10 smart cities are to be completed by 2020, there will be an increased demand for intruder detection systems across The Kingdom over the next three years.

He added: “Under Vision 2030, Saudi Arabia government has passed a plan to invest in the infrastructural development plans and to allow FDI in the commercial and retail sectors which would result in an increase in the construction projects in the country, further leading to an increase in deployment of intrusion detection system at various locations.”