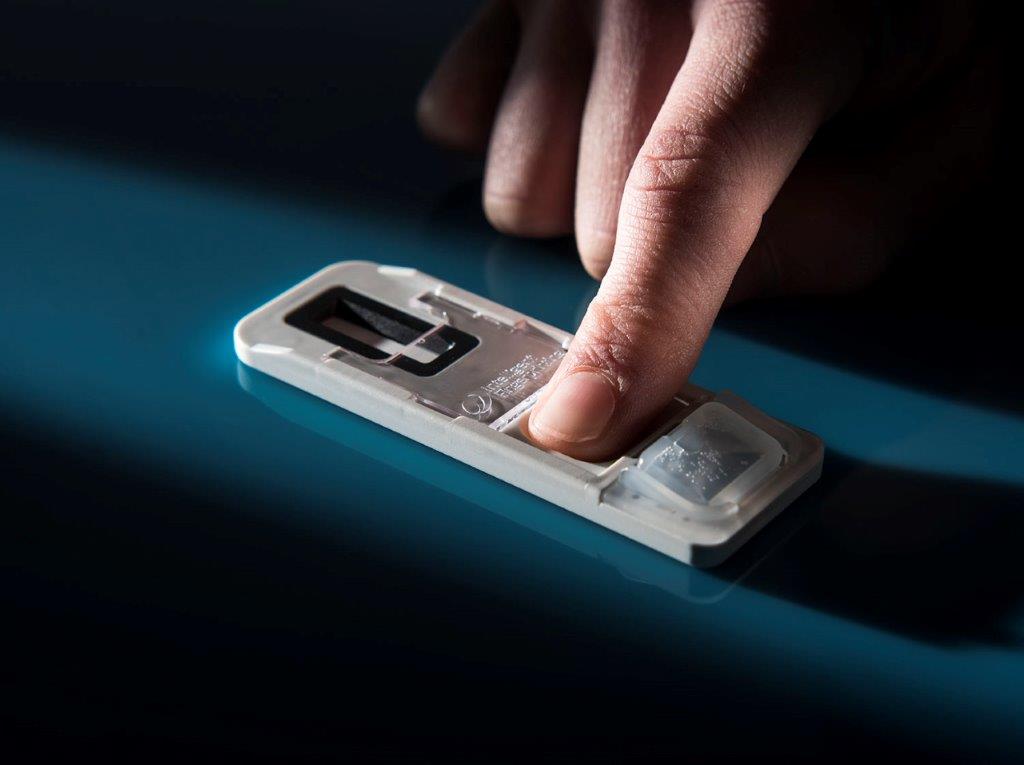 Posted at 13:27h in News by Claire Mahoney

A new fingerprint drug screening approach is now available to provide airport and border control staff with a rapid and hygienic way of screening for suspected drug mules.

Body packing is the process where people swallow or insert drug-filled packets inside the body to evade detection. The new Intelligent Fingerprinting drug screening system enables customs officials to act on intelligence received on possible body packers and detect indications of body packing within just ten minutes. This contrasts with traditional body fluid tests such as urine, which typically require specially prepared testing facilities, are costlier to administer and can take longer to screen potential drug smugglers.

The Intelligent Fingerprinting drug test works by collecting and analysing tiny traces of sweat from a suspected body packer’s fingerprint to screen for the presence of drugs or drug metabolites that have been released into a person’s system as a result of swallowing or inserting sealed drug packages in the body. The test screens for four drug groups simultaneously – opiates, cocaine, amphetamines and cannabis – providing a simple, non-invasive and hygienic solution which is quick and easy for everyone involved.

“In trials conducted at Fiumicino Airport in Italy we have seen how our fingerprint-based drug test can be used to aid intelligence-led investigations when travellers are suspected of trafficking drugs concealed within body cavities. Our test offers a quick and simple means of screening a passenger for drugs, which could indicate body-packing even when drugs have been concealed in swallowed sealed packets,” commented Intelligent Fingerprinting’s Dr Paul Yates. “Body packing is a real concern for airport and border control staff – not just because it is a widespread way of smuggling drugs, but also because of the potentially fatal risk of acute drug toxicity it poses to mules, should a drug packet split or seep internally.

“The Intelligent Fingerprinting Drug Screening System provides rapid critical early intelligence to customs staff, helping them to not only prevent criminal drug smuggling but also to protect individuals who are often coerced into operating as drug mules,” Dr Paul Yates continued. “The trials clearly indicated the presence of drugs in the system of suspected bodypackers, giving airport and border control staff the rapid insight needed for them to carry out further investigations. In one particularly significant case, a positive fingerprint drug test result led to an abdominal x-ray which revealed over 100 drug-filled packets hidden within the suspect’s large intestine.”

What is body packing?
Body packing is a form of drug smuggling that involves the swallowing or insertion of drug-filled packs inside the body. Primarily involving cocaine or heroin, the process involves considerable risk for the ‘mule’, particularly due to the risk of acute drug toxicity resulting from a pack splitting or drug seepage. Suspected body packers are typically sent to hospital for imaging investigations in order to confirm the presence of drugs in the body.