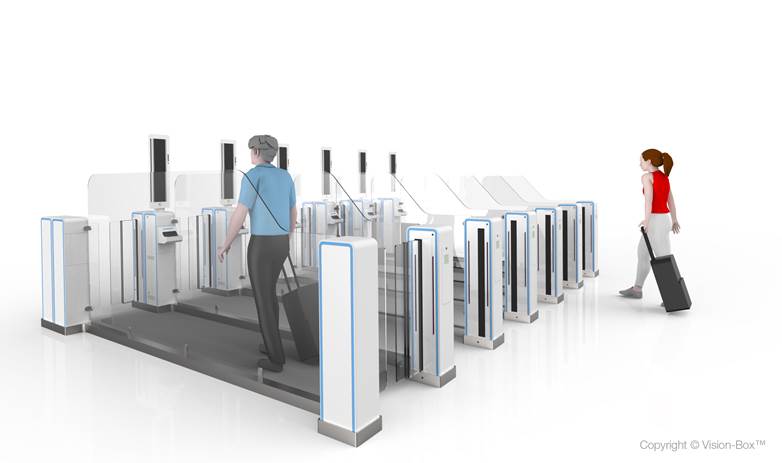 Posted at 12:03h in News by Claire Mahoney

Vision-Box has entered into a contract with the Australian Government to deliver the world’s first automated ‘contactless’ traveller clearance processes for people arriving in Australia by air at all international airports.

This three-year contract will deliver the next generation of Automated Border Control passenger-processing technology. Vision Box’s latest innovations will assist the Australian Department of Immigration and Border Protection to collect and verify biometric data from all passengers arriving at Australian International Airports.

It will also deliver a new capability that will enable known travellers to self-process through the border without the need to physically use a passport (contactless), entirely relying on facial recognition technology.

Miguel Leitmann, chief executive officer and co-Founder of Vision-Box said: “This contract represents an unparalleled milestone in the history of automation at the border, since it is the first time a government will implement biometric identification through contactless services. We are permanently investing in R&D to bring innovation at the service of more secure and frictionless border control solutions. By selecting Vision-Box, the Australian Government once again puts its trust onto us, to build their leading ambition, which is an amazing recognition to our commitment to society in this respect. This is the result of our long-term dedication and the teamwork we have been able to nurture with the DIBP, and I am very proud of what our people have achieved for our customer and how they feel being part of something bigger: making the world a better place”

Vision-BoxTM operates over 2000 automated border control solutions in more than 80 international airports, ports and land borders and has over 4000 electronic identity systems deployed across the globe.