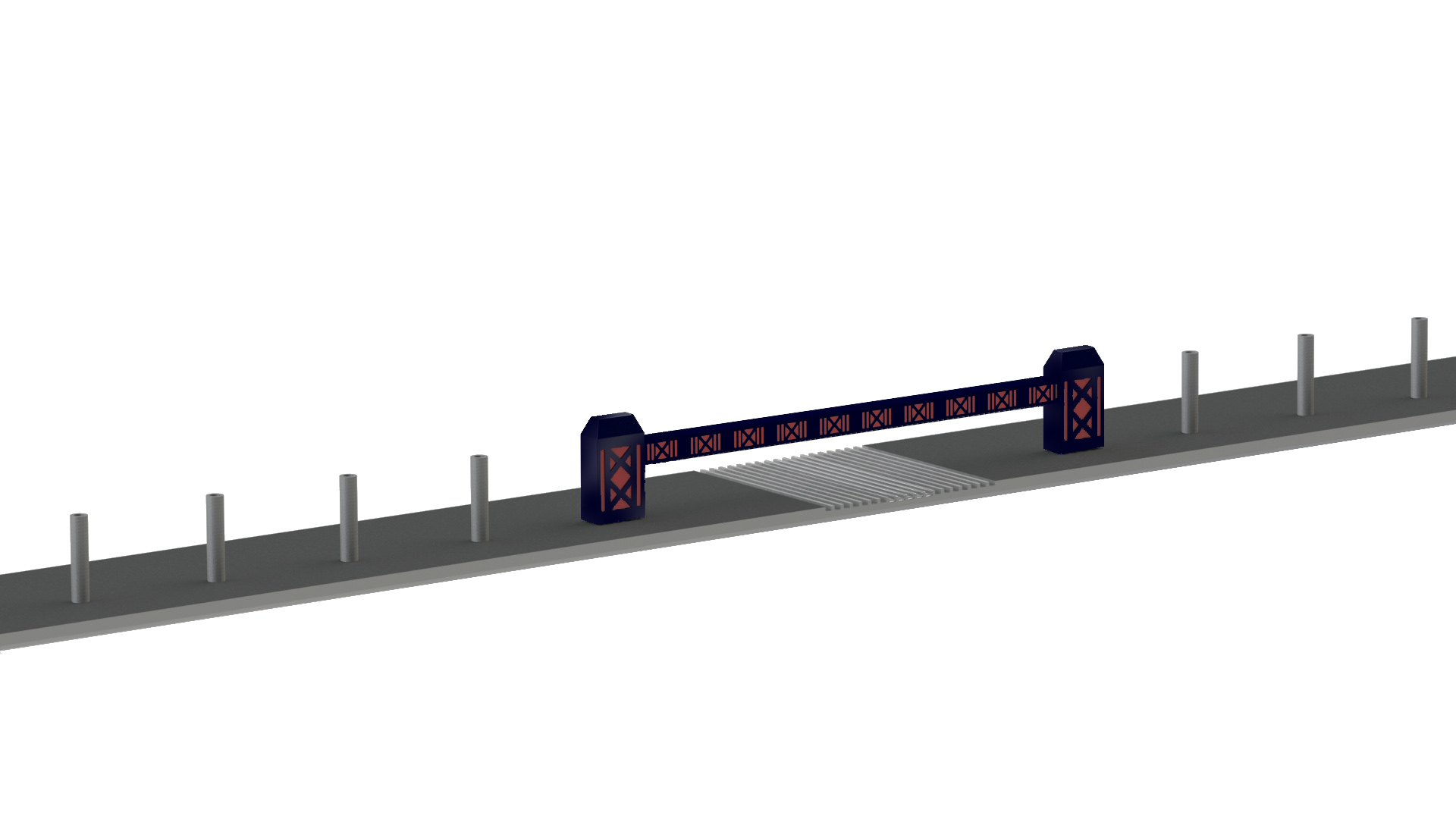 The system was developed after the identification of unique characteristics encountered when trying to secure bridge infrastructure from a hostile vehicle mitigation attack. A tested solution was required that could span across large bridge expansion joints facilitating a continuous line of protection.

While significant advances have been made in bridge protection technology following two serious vehicle attacks in London in 2017, this new system will ensure that security measures can be consistent along the length of a bridge deck, further enhancing pedestrian and cycling safety.

The Bridge Deck Expansion Beam has an unrivalled expansion capacity of more than 250mm, and can also be used within a street scene environment to span across other obstructions such as service chambers or manhole covers, to achieve a continuous line of security measures.

The new system was impact tested at the MIRA testing facility fitted on two of ATG’s Populus Bridge Bollards with unconnected foundations with a span of over five metres, simulating a wide double bridge expansion joint. It achieved the IWA 14-1 standard, successfully arresting a 7,200kg vehicle travelling at 48 kph.

The Populus Bollard system onto which the Expansion Beam is mounted sits in a 40 mm deep foundation. This means that the product can generally be accommodated within existing road finishes and doesn’t require a new or additional upstanding curb to accommodate the bollard structure. The beam can be removed to allow for occasional vehicle access.

As an additional benefit, the Expansion Beam’s slim profile means that it can be clad to accommodate a wide range of aesthetic options, including bespoke heritage designs if desired.

Robert Ball, engineering director at ATG Access, commented: “Following the tragic terror attacks on Westminster Bridge and London Bridge, the security industry has been working hard to develop new solutions to ensure pedestrians and cyclists are as safe as possible when using bridges.

“Our new Bridge Deck Expansion Beam has been shown to work very effectively in tandem with our existing Populus system. While this system was already capable of dealing with normal bridge expansion joints, this next stage of innovation will now enable it to cope with large or double expansion bridge joints.”

“We are very pleased to have developed a solution that will further improve the level of safety and security the Populus provides, while also complementing the surrounding aesthetics thanks to the array of cladding options available.”