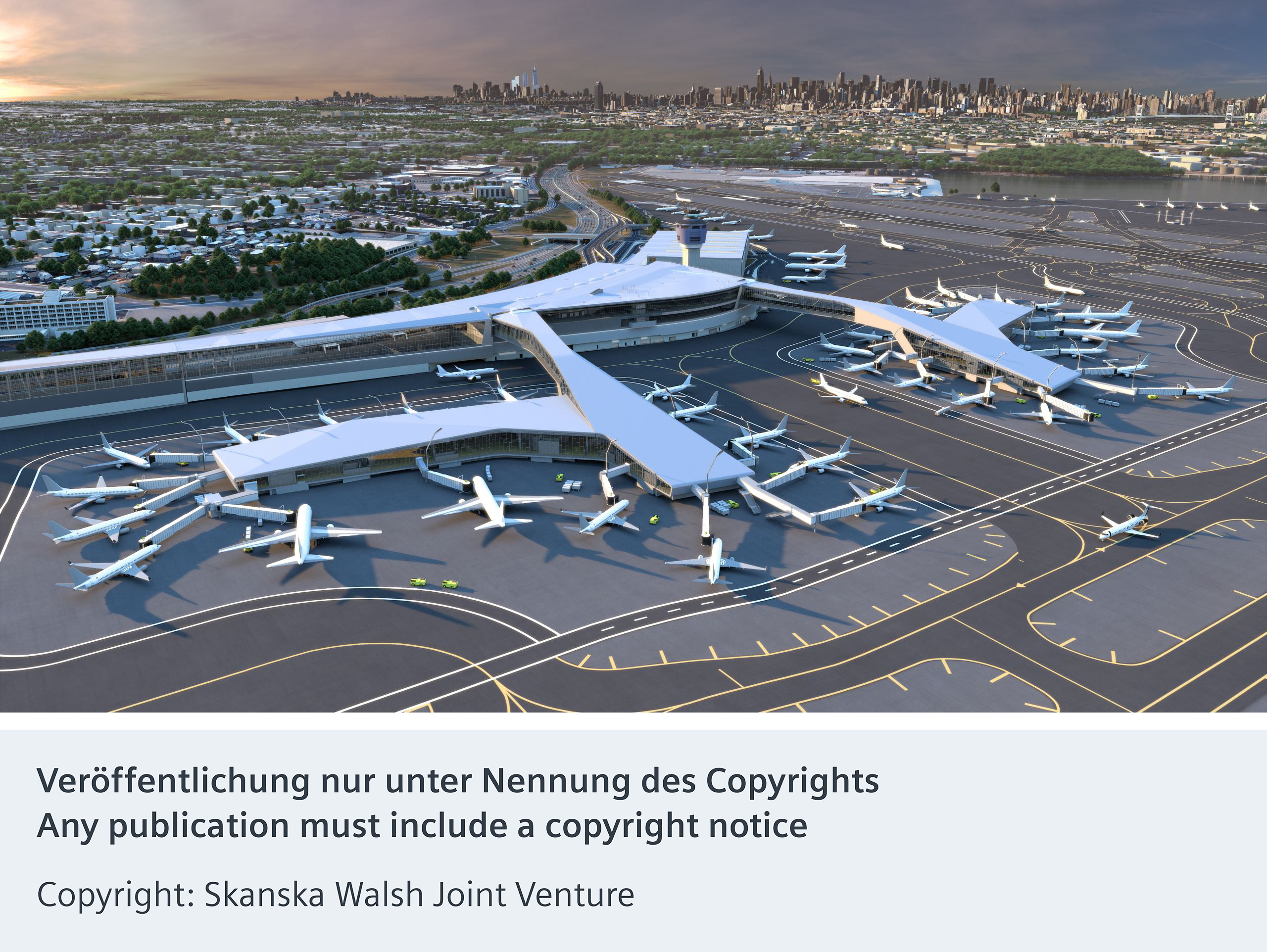 Posted at 09:39h in News by Claire Mahoney

The new Terminal B will be far more efficient and safer than its predecessor built in 1964. Siemens’ Desigo CC integrated building management platform will monitor the building automation, allowing for dynamic control of the facility’s systems in order to respond to the changing needs of the terminal’s operations. The Desigo Fire XLS-V fire alarm panel with voice capability will be at the heart of the fire alarm system, operating both in Terminal B and the central plant.

“The vision for the new terminal includes an enriched passenger experience by reducing gate delays and moving all passengers more safely and efficiently throughout the airport,” says Ted Jadermark, Airport System Manager with Skanska Walsh Joint Venture. “Integrating Siemens building automation and fire safety systems as we build the new facility gives us the ability to manage and monitor its dynamic daily operations with the increased confidence necessary to protect the comfort and safety of LaGuardia’s travelers and, at the same time, reduce emissions.”

The new terminal complex will be located closer to the existing Grand Central Parkway, freeing up valuable tarmac space for planes. It will also utilize an island-gate system, which will create nearly two miles of additional taxiways and lead to fewer gate delays and less carbon emissions from idling planes.

“We’re extremely proud to play such a key role in modernizing LaGuardia Airport – and in helping create the perfect place to travel efficiently and safely,” says Dave Hopping, President of the Building Technologies Division at Siemens North America. Siemens has an extensive footprint as a leading technology partner and financial ally for the New York City metropolitan region, helping shape the city’s infrastructure.