Saudi to host smart cities conference this May

Home > News  > Saudi to host smart cities conference this May 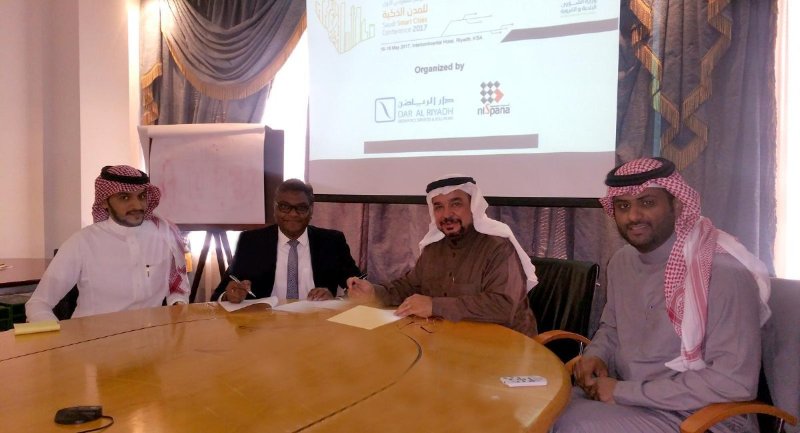 23 Feb Saudi to host smart cities conference this May

Posted at 09:45h in News by Claire Mahoney

Under the patronage of the Ministry of Municipal and Rural Affairs (MOMRA), Dar Al Riyadh and Nispana have announced that Saudi’s first Smart Cities Conference will take place in May 2017 in Riyadh.

The event will be held at the Intercontinental Hotel in Riyadh and it is hoped will attract over 1,000 attendees from across the Kingdom. Saudi Arabia will be investing over $500 billion into modernising its infrastructure across its 285 municipalities between now and 2030.

The conference will be convened under the gracious patronage of the Ministry of Municipal and Rural Affairs. It is, with the accompanying Exhibition, the first of its kind in the Kingdom which will feature over 1000+ attendees from across the Kingdom and abroad who are and will be involved in the Smart Cities project, and also feature presentation on best practices in Smart Cities from over 20+ countries. Leading solution providers both local and international will be showcasing their strengths and capabilities to help the Kingdom reach their ultimate goals.

The conference is jointly organised by Dar Al Riyadh – a company headquartered in Saudi Arabia with capabilities in development of smart cities profiles, urban planning, infrastructure sesign, GIS services, transportation planning, and smart applications, and Nispana Innovative Platforms – a company headquartered in India, with offices in Dubai and USA, is a leading Business Intelligence firm hosting market driven and educational conferences and trainings.

Prof Abdullah Al Garni, general manager, Dar Geomatics – Dar Al Riyadh said: “Our company has been working over the past four decades on developing advanced technologies and smart applications for the benefit of the national development; and given the privilege by the Ministry of Municipal & Rural Affairs to work on the Smart Cities initiative across the Kingdom, our company will be supporting this Conference for fulfilling the expectations of policy makers in the Kingdom, and facilitating knowledge sharing and meetings among key stakeholders who are and will be involved in the upcoming Smart Cities projects”

Mr Narendra Kuma, managing director, Nispana added that:”Nispana has been working with various government authorities over the past 18 months to contribute to the diversification effort of the Kingdom of Saudi Arabia in line with the VISION 2030. With the support of Minister of Municipal Affairs, we are very humbled to be one of the chosen company to be working on this initiative. I definitely look forward to a great event and we at Nispana look forward to extending our offerings and services to the Kingdom of Saudi Arabia”.