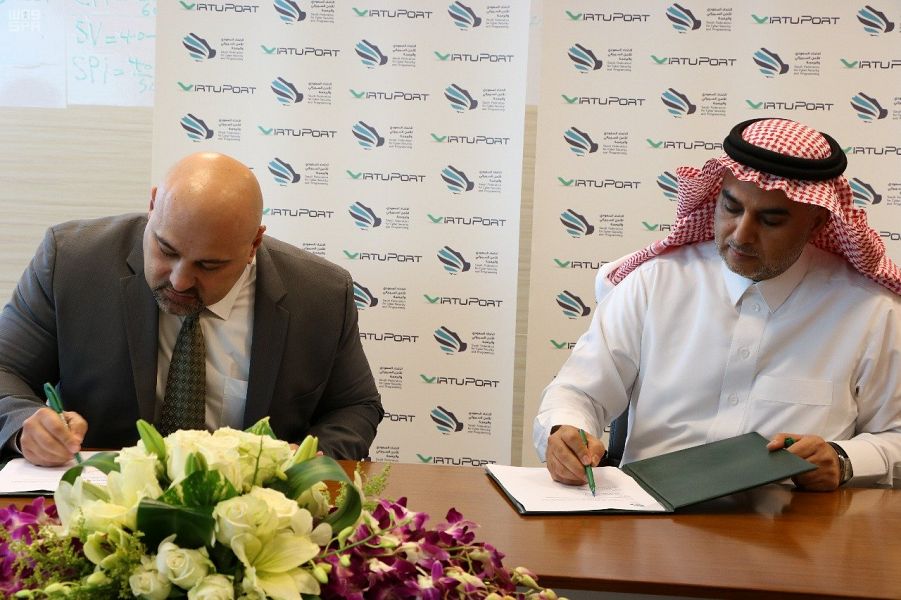 Posted at 10:14h in News by Claire Mahoney

The Saudi Cyber ​​Security and Internet Programming Association (SFCSP) has signed a Memorandum of Understanding (MoU) with specialists in cybersecurity VirtuPort, based in Jordan.

The Memorandum was signed on behalf of His Excellency, the Advisor to the Royal Court, chairman of the Board of Directors of the Saudi Federation for Cybersecurity and Programming Saud bin Abdullah Al Qahtani, by vice chairman of the Federation Dr Abdullah bin Sharaf Al Ghamdi and VirtuPort’s CEO, Samer Omar.

His Excellency Saud Al-Qahtani said that such agreements provide training and development opportunities for the members of the Union, which contribute to increasing awareness and knowledge and assessing human capabilities in cybersecurity.

The terms of the MoU include VirtuPort facilitating Saudi trainees with access to online training materials, specific products, software licenses, tools and other resources for academic use.

The Saudi Federation for Cyber Security and Programming is a national organisation under the umbrella of the Saudi Olympic Committee. It aims to build financial and professional capabilities in the field of cybersecurity and software development in accordance with best international practices and standards, in order to bring modern technical knowledge to the Kingdom of Saudi Arabia.

VirtuPort plans on hosting another Hackathon competition at MENA ISC 2018 later this year as well as launching more cybersecurity events and competitions throughout the GCC and Middle East with plans to host a regional hackathon to include the top regional teams competing by 2020.

“Many international surveys report that the cybersecurity resource shortfall will reach between 2.5-3.5M unfilled positions worldwide by the year 2021;” commented Samer Omar.  He added “these initiatives are designed to ensure that the Kingdom of Saudi Arabia and other countries have the capacity and qualifications needed to support Kingdom’s Vision 2030”.