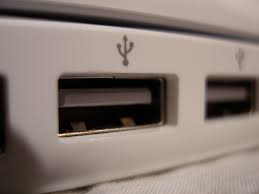 Posted at 13:46h in Intersec, News by Claire Mahoney

In a report released by Honeywell based on cybersecurity threat data collected from hundreds of industrial facilities globally, the severity of threats detected to operational technology (OT) systems has risen by significant amounts over a 12-month period.

The findings from the latest Honeywell Industrial USB Threat Report show that the total amount of threats posed by USB removable media to industrial process control networks remains consistently high, with 45% of locations detecting at least one inbound threat. Over the same time period, the number of threats specifically targeting OT systems nearly doubled from 16 to 28%, while the number of threats capable of causing a loss of view or other major disruption to OT systems more than doubled, from 26 to 59%.

The report shows that 1 in 5 of all threats was designed specifically to leverage USB removable media as an attack vector, and more than half the threats were designed to open backdoors, establish persistent remote access or download additional malicious payloads. These findings are indicative of more coordinated attacks, likely attempting to target air-gapped systems used in most industrial control environments and critical infrastructure.

“USB-borne malware continues to be a major risk for industrial operators,” said Eric Knapp, director of Cybersecurity Research and engineering fellow, Honeywell Connected Enterprise, Cybersecurity. “What’s surprising is that we’re seeing a much higher density of significant threats that are more targeted and more dangerous. This isn’t a case of accidental exposure to viruses through USB – it’s a trend of using removable media as part of more deliberate and coordinated attacks.”

SMX provides operators with unprecedented control and visibility into the more secure use of USB technology with the latest in advanced threat detection capability for critical infrastructure and facilities. The Honeywell Forge Cybersecurity Suite can monitor for vulnerabilities such as open ports or the presence of USB security controls to strengthen endpoint and network security, and it helps ensure better cybersecurity compliance.