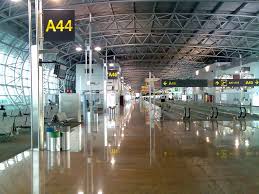 Posted at 09:59h in News by Claire Mahoney

The device can scan from a distance of up to 30 metres and is capable of instantaneous, real-time, unambiguous detection. Harnessing new photonics technology, the device uses spectroscopic sensors, that read the unique frequencies, or ‘signatures’ given off when liquids or gasses interact with light.

With real-time scanning delivering a realistic detection rate of one every few seconds, and therefore a rate of 1200 per hour, the new device can deliver over 6 times more capability than state of the art trace portal scanners that detect bombs and illegal drugs at a rate of 180 of passengers per hour.

While the device has many other capabilities, such as the early detection of diseases, scanning for bacteria in fridges or even detecting the presence of alcohol from afar, its stand-off detection capabilities mean the small device could be installed on the front of airports, scanning crowds in real-time for suspicious material, like explosives or illegal drugs, before they even entered the building.

The MIRPHAB, or ‘Mid-Infrared photonics devices fabrication for chemical sensing and spectroscopic applications’ project, is being coordinated by CEA-Leti, France, and has received funding of €13,013,967.39 from the European Commission’s Photonics Public Private Partnership under the Horizon 2020 program, and €2,005,280.00 from the Swiss Government.

Project coordinator Sergio Nicoletti says “we are making the next generation of sensors that are compact, low cost and low on power consumption and capable real-time detection where the speed and sensibility is unrivaled. We want to shrink current technology down to the size of a mobile phone”.

With links already established in sectors such as health, automotive, medical and domestic, Pozo explains that MIRPPHAB will turn these achievements into business and commercial opportunities for both SMEs and large industrial groups.

“Within MIRPHAB, we have set the ambitious goal of creating a commercially viable pilot line for the fabrication of Mid-IR sensors that is ready for business by 2020. This result will be achieved by setting up and operating a fabrication platform, offering open access for fast Mid-IR device prototyping to European industry.

“Any European company with a business on analytical sensing can apply. They will receive matching funding to cover the prototyping costs of the MID-IR sensing system of up to €230K. Such a system will be integrated from mature components from our extended library, including laser sources, detectors and micro-optics. Furthermore, the related services to prototyping also include micro assembly and standard reliability studies”, said Pozo.