Interoperability – Talking about an evolution 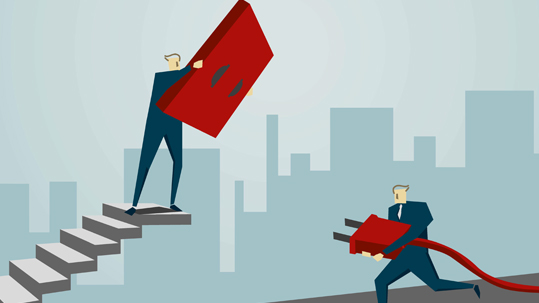 26 Jan Interoperability – Talking about an evolution

Posted at 14:15h in Features by SME Magazine

The demand for interoperability and multi-platform/device integration exploded in 2016. Jonathan Lewit, chair of ONVIF’s Communication Committee and director of Technology Leadership for Pelto by Schneider Electric, discusses this uptake, as well as ONVIF’s new profiles, the importance of member involvement and the organisation’s vision for broader interoperability in 2017 and beyond …

ONVIF released Profile Qin 2016, which was a major event. Profile Q offers an enhanced out-of-the-box experience and was developed in response to reported variances in how ONVIF-conformant devices are discovered and configured. Profile Q standardises this process and defines a work flow that makes it easier for different video management systems and cameras to recognise each other. It essentially gets basic communication between ONVIF-conformant products up and running.

Profile Q also impacts manufacturers. Because they can rely on ONVIF to define the parameters of configuration and connection, they don’t have to keep reinventing the wheel to make their products work with their partners; they are essentially leveraging the work flow that is being used by all the other manufacturers in ONVIF’s membership base.

It’s fair to say that we have more mind share on video than on access control. As members of ONVI F, we are trying to better understand what the access market needs. Part of what has slowed down adoption of Profile A, our updated access control profile that is currently in development, is that the established manufacturers have developed proprietary solutions for interoperability between vendors. Where we are seeing the most interest in Profile A is from new entrants to the access control market. Smaller companies can use Profile A to ‘leap frog’ and catch up with the leaders in the industry by employing the profile.

The Internet of Things (loT) approach makes it possible to transmit information from a sensor to a database. Once you put an IP connection on a camera, that camera, which is essentially a sensor, potentially is smart enough to tell other systems about itself and what it’s doing. Safe cities are all about connecting together systems and devices to give users information across multiple environments, including cameras.

ONVIF’s role can be expanded to include all of the other devices on a network, not just cameras, simplifying communications between devices and clients through an established IP-based protocol. For example, let’s look at the discovery and configuration design of Profile Q. When you’re an installer setting up a camera, before you can access any data, you need to be able to find it, commission it and set up user roles to access it. The basic paradigm of Profile Q could easily be used for IP-based sensors of many kinds in loT deployments.

Temperature sensors, motion sensors, infrared sensors and traffic systems’ sensors could all use a Profile Q-like protocol to communicate. Use of such a protocol means an end user or installer doesn’t have to do a new integration every time a new device is added. Some members are even deploying IP-connected dry contact modules that leverage the ONVIF standard. These modules enable installers to connect simple electronic door strikes, alarm bells, motion detectors and other non-IP devices together, creating compelling solutions for their customers without necessitating the use of smart devices everywhere. Tying these non-IP devices to an ONVIF device makes it very easy to extend the capabilities of a customer’s system without writing additional code.

As we look ahead to 2017, ONVIF will be at work on a new streaming video profile, which addresses those features beyond Profile S, our current video profile. In the new profile, we want to address H.265, higher resolution and 4K capable systems. Video systems continue to evolve and we need to address the most recent changes by providing more flexibility in interpreting video streams and conserving bandwidth.

Profile A, our new access control profile that I mentioned earlier, is planned for release in 2017. Those two profiles will be the prime development targets for ONVIF in 2017. ONVIF also has two major focal points in 2017 that center on engagement. The first is safe cities and loT together, as we believe ONVIF and its interoperability workflows can offer a lot to both deployments. In the coming year, we will better define our role, particularly in relation to loT, emphasizing how ONVIF is driving the connectivity paradigm in physical security and beyond.

ONVIF’s new Use Case Working Group (Use Case WG) is the second major focal point of 2017. The Use Case WG is new for ONVIF because its focus isn’t completely technical. The Use Case WG functions similar to a product management or marketing body within the ONVIF community. Its charge is to better connect with the end users of ONVIF’s Profiles, helping them to determine where ONVIF can be used, and to gather feedback from the physical security community at large.

The working group will create use cases to respond to what is going on in the industry currently and will also communicate the feedback they gather to the other ONVIF working groups to make the flow of communication between ONVIF leadership, the working groups and end users better and more specific.

The Use Case WG had its first meeting in October in New Orleans at our face-to-face committee meetings, delivering a report to ONVIF’s Communication Committee. Though the Use Case WG’s work has just begun, we think its potential is huge. In 2017, we’ll also ask for more help from the membership base as we develop new profiles. Member companies can bring real value to ONVIF’s work by contributing to our working groups.

ONVIPs identity is clear, and in the coming year we will continue to show the practical value of ONVIF’s Profiles, including their potential for decreasing costs for installers, manufacturers and end users alike. The development of the new streaming video profile and growth of the new working group will help ONVIF keep pace with the ever-changing security ecosystem and the challenges it provides.