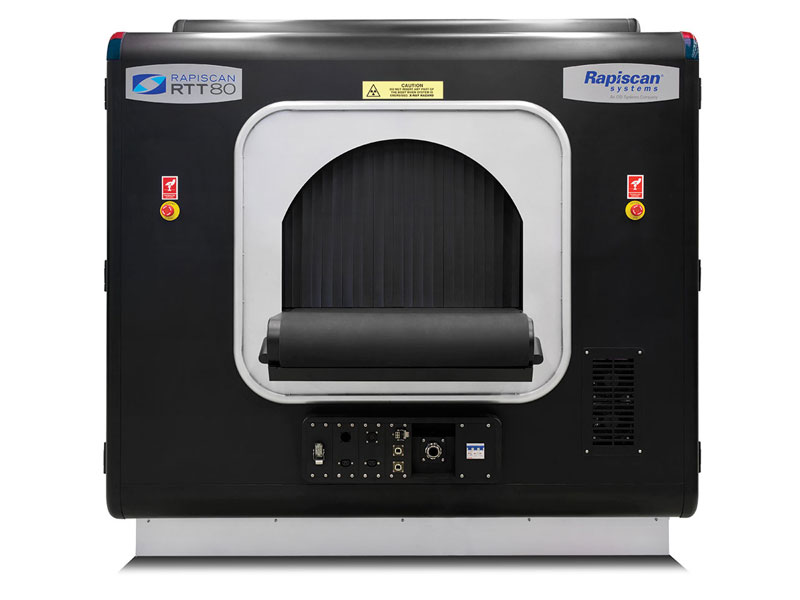 Working in partnership with Oslo Airport to install the RTT110 EDS system presented Rapiscan Systems with not just one, but two unique challenges.

The first was creating a proprietary water cooling system that worked in tandem with the airport’s green initiatives, and the second a ‘Level 4’ review option running in parallel to the traditional baggage screening process.  Both would be challenges enough for a well-established technology, but the Oslo Airport project came at a formative time in the RTT’s history. “We had a machine that was very much in its infancy, that still had its fair share of teething problems,” explains Craig Chitty, head of International Aviation Programmes.

It was a big undertaking at a very early stage of our experience installing the RTT out in the field.” Steve Revell, senior director of Aviation CTat Rapiscan, explains that the Oslo Airport project was a key step for the RTT. “The first major airport in Western Europe to take on the RTT was Oslo Airport. It’s a very prestigious and forward thinking airport, and the operators were not afraid to take pioneering risks.”

The standard throughout the industry is for EDS and baggage scanning systems to employ Air Conditioning to cool machinery and manage thermal load. However, as a result of Oslo Airport’s commitment to environmentally responsible construction (the first Oslo Airport terminal was considered the greenest in the world at the time construction finished in 20171), Rapiscan was tasked with designing an entirely unique water-cooling solution that would allow the RTT to integrate with Oslo’s eco-friendly concept of operations – to think outside the ‘cooling box’.

“The curveball was that ordinarily you would use air conditioning, but Oslo wanted to use chilled water to help reduce carbon emissions,” Steve Revell explains.  This was a challenge that sent the Rapiscan design team back to the drawing board, as Craig Chittyrecalls. “We had to work with our supplier to come up with a solution that met the airport’s requirement to use reclaimed snow, which is melted down and pumped around the airport. We had to design a method of integrating this water cooling concept into our system, meeting some very stringent criteria that the airport set. It was incredibly challenging, because the original design of these water-cooled AC’s needed a specific pressure and temperature, which the airport couldn’t provide us with as their supply fluctuated too much. We had to go back to the drawing board, to redesign our system to make it more robust.”

This innovation put Rapiscan at the forefront of flexible RTT technology, resulting in a world-first; “To this day we are the only company who can provide the RTT as an externally water-cooled system, or an internally cooled air conditioned system,” Steve Revell summarises. This example of NRE, or ‘Non Recurring Engineering’, was not the only instance of Rapiscan’s commitment to working alongside partners to develop bespoke solutions to the challenges of each application. Oslo not only necessitated an original approach in terms of product designed, but also process implementation – recurrent Level 4 image analysis.  As baggage travels through an airport, it is subjected to multiple levels of security screening and imaging, both by human operators and computer algorithms. Baggage that is deemed to contain a potential security threat is escalated to higher levels of scrutiny by multiple operators, balancing the consistent throughput of baggage and passengers against ensuring constant levels of safety. Oslo required an extra level added in to the normal ‘flow’ of screening. “If a bag is rejected by a Level 3 operator it goes into a Level 4 area within the BHS (Baggage Handling System) of the airport”, explains Craig Chitty. “It shows up on a screen. It is a concept of operations that we don’t employ in any other airport even now, it is still very unique to Oslo.”  Rapiscan’s Director of Business Development for EDS, Martin Zborovjan,explains further; “We had to do some development to allow that concept of operations to happen. They decided they wanted to re-screen baggage for a second time using the same machine. Usually this would rely on a machine decision, but in this case but the operator sees the second image automatically, right next to the image from the first screening, and the machine does not make a decision. It’s a very unusual concept.” Steve Revell is quick to identify the benefits the Level 4 function provides both the airport and the passengers; “We were the first to establish a Level 4 system in Oslo. If technology is able to produce a machine decision very quickly, and if that’s a reject decision to get that image off to an operator very quickly, the only two things it can do is to process bags more quickly and more correctly. By default, more bags are getting onto the right aeroplane, people are standing in queues for less time and the airside customer experience is much improved.” While many companies will consider a project as ‘job done’ when equipment is installed and running, for the Rapiscan team the Oslo project was a committed partnership from the initial tender phase, through the design process and on into the future. “Oslo was effectively our first competitive tender,” Martin Zborovjan explains. “We were willing to listen to Oslo and to go the extra mile. This behavior was the underlying theme of the interaction with Oslo”. The project was more than just a sales opportunity; “Complex projects allow us to learn something.” The working partnership between Rapiscan and Oslo is something Steve Revell is very proud of. “It [was] and is a very long established partnership; from the start of engaging with us at contract award, through to going operationally live was just under three years,” he explains. “There was lots of testing, analysis and development, lots of joint agreements with the government. We agreed on the final solution which we very much wanted to do as a partnership.” “There were also problems, which gave us an opportunity to showcase our most important tool which is how we behave when things are going wrong. We never shied away from our responsibilities, we took every problem presented to us and worked together to find the solution. A strong working partnership developed; we were always on the end of a phone with the Oslo team, or on a plane for face to face meetings. This partnership continues today and is the backbone to delivering this complex but successful project,” Revell summarises.  The aviation industry thrives on partnerships, on service providers working to meet challenging requirements through innovation and cooperation. Taking a technology that was, at the time, still in its infancy and working to adapt this technology to a stringent set of requirements is a clear example of Rapiscan’s dedication to working with its partners – a commitment the company makes to every project, both now and into the future.