Dubai gets balling rolling for biometric roll-out across business schools 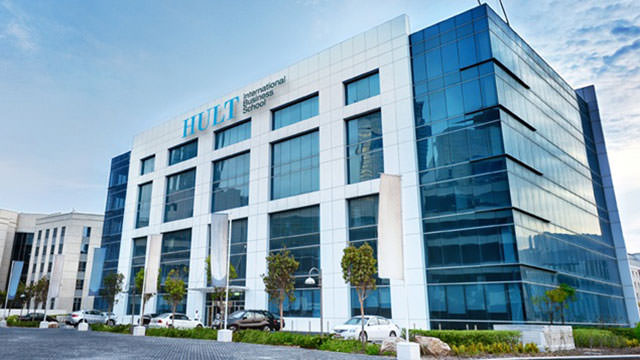 Posted at 12:01h in News by Claire Mahoney

A Dubai business school has provided the impetus behind the  the adoption of biometric time & attendance across its sister schools across the globe, according to Swiss company TBC (Touchless Biometrics Technology).

The Hult International Business School in Dubai was the first site to test Swiss company TBS’s  3D technology to record class attendance via a wirelessly connected kiosk and a touchless fingerprint sensor at the entrance of each lecture room, ensuring all students sign-in, even if they’re late.

Alex Zarrabi, CEO of TBS, said the successful installation on the Dubai campus has served as a persuasive example to Hult’s other locations, spanning over three continents; its readers are now installed in Hult campuses in London, Boston, and San Francisco.

“All four sites on three continents are synchronised instantly, giving the college real-time and global control on their time and attendance data for all their students,” said Zarrabi, who will showcase the TBS 3D-Terminal and other biometric access control solutions at the Intersec trade show taking place in Dubai in January 2017.

“The TBS solution allows seamless monitoring of student transfers between campuses, allowing for instant automatic and accurate tracking across different time zones. The benefits and its ease of use have convinced many universities. It’s not only solving attendance for Hult, but also for other prestigious colleges in the Gulf, such as Umm Al Qura and Hail universities in Saudi Arabia, and more than 1,000 schools for the Ministry of Education in Oman. This list is constantly growing,” he said.

TBS is one of many exhibitors showcasing biometric and cloud-based security solutions at Intersec 2017, the world’s largest trade show for security, safety, and fire protection, which takes place from 22-24 January at the Dubai International Convention and Exhibition Centre.

The rise in emerging technologies comes as the global market for biometrics systems is expected to reach US$24.4 billion by 2020, according to research firm MarketsandMarkets, growing annually by 18% between 2015 and 2020. Analysts from TechNavio forecast that biometrics in Middle East will grow faster at 19% annually up to 2019.

Zarrabi said the rising popularity of biometrics in the Middle East is down to several factors: “The Middle East is a world-leader in biometrics, regardless of economic ups and downs,” he said. “There’s a higher awareness about safety and security issues and consequently customers plan to allocate the corresponding budget. Additionally, Tech-savvy GCC governments have an inclination for convenient modern solutions based on biometrics and allow their widespread usage”.

Added Zarrabi: “Biometric readers can be used not only for monitoring attendance, but also for regulating access to secure locations. Industries range from Energy sector, Corporations, Healthcare, Government, Education, Finance, Airports and more.

“TBS readers can perform both functionalities simultaneously, logging time and granting access. One example is Abu Dhabi Media Company, which uses 3D touchless fingerscan on speed gates at the entrance. In one go, both attendance is logged and access is controlled.”