Dealing with the new drone threat at airports

Home > Features  > Dealing with the new drone threat at airports 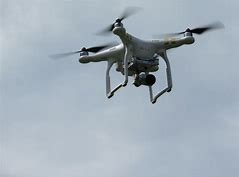 25 Feb Dealing with the new drone threat at airports

Posted at 09:22h in Features, News by Claire Mahoney

A recent spate of drone incidents at two of the world’s busiest airports over have brought anti-drone technology once again into the spotlight. Aviation authorities in Dubai however have been ahead of the game on this for some time as Philip Ingram MBE reports

The closure of London’s Gatwick Airport just before Christmas for three days followed by a very brief closure of one runway at Heathrow Airport just after the New Year, highlighted a threat from drones that it seems the UK Civil Aviation Authority hadn’t considered, the deliberate prolonged disruption of airspace for no reason but mischief.

The drone threat is nothing new to Middle East airports, only recently in August 2018, Houthi rebels in Yemen claimed to have attacked Dubai International Airport using a drone, a claim quickly rebuffed by the UAE General Civil Aviation Authority.

This wasn’t the first drone incident at Dubai airport. In 2105 Dubai airport was closed for 55 mins through illegal drone activity but that was enough for the authorities to take the threat seriously. Since then it has been closed several times but again all incidents have been declared ended in often significantly less than two hours.

The Emirates Authority for Standardisation and Metrology (ESMA) estimated that the closure cost the airport $100,000 per minute given its international hub status. With those numbers, it doesn’t take long for anti-drone technologies to come into the affordability bracket.

EasyJet said that the Gatwick closure cost them £15 million with £5 million in lost ticket sales and £10 million in compensation for passengers caught up in the disruption. A total cost of the incident has not yet been calculated and the British police haven’t arrested any further suspects.

Dubai is said to be a ‘leader’ in drone regulation after it experienced one of the world’s first major airport closures linked to a drone sighting back in 2015. This experience and Dubai rapidly implementing new regulations and laws have given them this ‘leader’ status.

“I’ve been speaking to aviation entities from Gatwick as well as London Heathrow regarding the airspace disruptions they have experienced,” Michael Rudolph, head of airspace safety at Dubai Civil Aviation, told the Gulf News newspaper.

“We had to come up with a solution pretty quickly that allowed the flying community to have faith in the safety of Dubai airspace, and we put protocols in place where in future we could mitigate such closures.”

These protocols include introducing new rules and regulations designed to deter drone operators from flying in certain areas. Punishments range from stiff fines to possible jail terms, not something you would want in the UAE or anywhere.

Additionally, all drone operators have to undergo training and then register their drone and themselves as the pilot before they can fly and have third party insurance. Re-registration is required to ensure pilots and drones remain up to date and of course all of this helps ensure accountability.

“All of this is pretty unique to Dubai and that’s why we can say we are definitely leaders in the industry with regards regulation and policy to ensure both public as well as airspace is kept as safe as humanly possible,” added Michael.

So, what are the current rules governing the use of drones around other parts of the Middle East?

Not all Middle East countries allow the use of drones. They are banned in Algeria, Iran, Iraq, Kuwait, Saudi Arabia and Syria. And in some countries, such as Oman, they are only allowed for commercial reasons and must be licensed.

That doesn’t leave many where the use of drones is permitted. Bahrain for example doesn’t have any rules but drones will be confiscated at ports of entry, Qatar only allows citizens of Qatar to fly drones. So that leaves the UAE and hence why Dubai is seen as a leader in the field.

How do you deal with the drone threat?

In essence, there are two elements to it, the first detect and the second is defence or disrupt. Detection technologies include: Radars, radio signal receivers, acoustic detectors, and optical and thermal cameras. Remembering that many drones are small, made of plastic, fly fast and low “in the background clutter” and have few components to return a radar signature, detecting and tracking is not a simple as it sounds.

The next technologies designed to defend against incursion or disrupt an incursion are full of problems when it comes to their operation. They come in two real sets, electronic disrupters and physical disrupters.

Physical methods include nets (fired or carried by another drone, or fired from a hand held device like a gun on the ground, individuals with shot guns (not recommended), birds of prey (as we have seen in the Netherlands) and as has gone viral on you tube, toilet rolls at a football match when an illegally flown drone had its rotors snagged by a well-aimed and very luck toilet roll thrown from above it.

The physical methods tend to be short range and often inaccurate, apart from the drone launched nets. The electronic methods are fraught with difficulties caused by potential collateral damage. Drone control frequencies are similar to WI-FI frequencies precluding the easy use of jamming technologies. The last thing you want to do near an airport is jam or spoof GPS, nor do you want to fire things that could fry electronic devices. So, whilst on the theoretical surface they seem the ideal solution, in reality they are almost impossible to use in an airport scenario.

In the UK it is even more difficult as the use of any apparatus, for the purpose of interfering with any wireless telegraphy, is an offence under the Wireless Telegraphy Act 2006. Application can be made to Ofcom for a licence to use a jamming type device, but it is highly unlikely one would be granted because of the danger of collateral damage.

Of all the regulations the UK Drone code, mirrored in Ireland is the most sensible set of instructions adopted anywhere. These are:

Keep the drone within line of sight at all times.

Be no closer than 50m to any person, vehicle building or structure that is not under the full control of the pilot.

Remain 150m from any congested area or large gathering of people.

Fly within 1km (0.62 miles) of an airport, but this is being extended to include the current Air Traffic Zone around airports, which is approximately a 5km (3.1 miles) radius, with additional extensions from runway ends.

From 30 November 2019 operators of drones between 250g and 20kg will need to be registered. It seems people forget that endangering the safety of an aircraft is a criminal offence which can carry a prison sentence of up to five years.

Gatwick and Heathrow will see a call for more regulation and the threat from illegal drone use is firmly at the forefront of airport safety across the globe and is a real trend that will likely get increased traction throughout 2019.