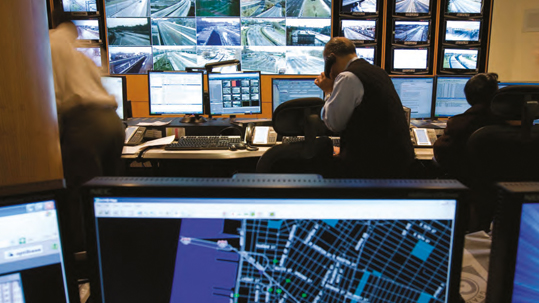 Posted at 15:37h in Features by SME Magazine

PSIM solutions has been developed over the last decade to let organisations integrate unconnected security applications and control them through single, comprehensive user interfaces.

Typically this has involved connecting groups of several buildings – on campus sites for example -to allow improved central control of the environment.

Now market leaders in the PSIM arena, including CNL and Vidsys, are focusing on developing more powerful solutions for enterprise level security and asset management across much bigger organisation structures and for smart city applications.

The trend towards centralising security creates challenges for users with numerous sites to protect, as each site potentially contains thousands of devices, spread over large geographical areas. For planners, one of the biggest questions is how to best manage incidents at a local level, while maintaining over sight from one centralised Security Operation Center (SOC), says Adlan Hussain,VP Marketing for CNL.

“A key challenge is ensuring the creation of multi-tiered hierarchies, where each site is independent and in the event of a failure in connectivity with the SOC, each site can continue to manage their own environment until connectivity is re-established. Another challenge is maintaining the balance between allowing local autonomy for day to day activities and retaining control at the SOC.”

Critically, the size and scale of enterprise wide security and asset management creates a huge volume of information in the form of video, audio and sensory data which needs to be efficiently processed with intelligent distribution of workload to avoid bottlenecks which could cripple a system at the time of need.

“In any PSIM deployment, the day-to-day information load is relatively minimal. The challenge is the response to a sudden surge in at a local level,while maintaining oversight from one centralised Security load, caused by a critical event or disaster scenario, comprising of  multiple events simultaneously. It is in these scenarios that a PSIM solution must provide the highest level of assurance that all information required will be available when needed.”

CNL is most interested in the idea of Federated PSIM, which overcomes the limitation of simple architecture in which each deployment is a single instance of the software. With these older solutions the centralised security control room managed the day-to -day activities of all sites and handled escalation for major incidents. However, a loss of connectivity between the control room and remote locations would mean that the local site could be vulnerable.

“Federated PSIM can take a number of forms, depending on the size, structure, and geographical spread of an organisation,” says Hussain. “The number of tiers within the hierarchy and the level of empowerment at each of these tiers will help to define an architecture that will provide an optimal balance between local knowledge and global governance.”

Today, says CNL, a variety of organisations are using a new, federated architecture to manage security systems and assets for over vast geographic areas. These include both public and private organisations, which have very different requirements for the technology, but have the same shared need to ensure mission critical levels of security across their enterprise, including government buildings, multi-site corporations and critical national infrastructure which typically has a wide geographic footprint.

“Federated architecture allows the right balance between enterprise level policy enforcement and devolved empowerment of local security teams who have location specific knowledge,” says Hussain. “It also improves emergency preparedness by effectively distributing systems resources and allows better utilisation of human resources. An example of this is the ability to share the management of incidents and events with operators at other locations during peaks in alarm traffic.” 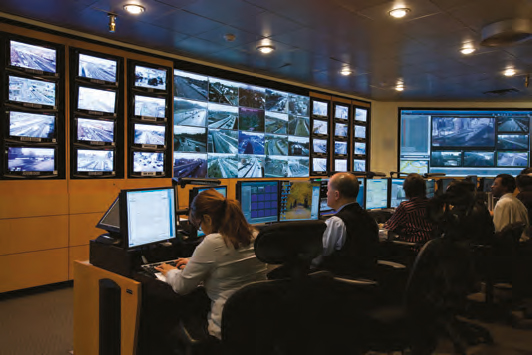 He argues that one of the most important advantages of a federated system over a non-federated system is its ability to offer connected sites autonomy in the event of a cut in connection between the two systems. It means they can operate completely independently, either unintentionally, such as during a network failure, or intentionally, in locations where connectivity may only be available at specific times.

In many global deployments of PSIM, where locations are in developing countries or rural locations, unreliable networks often become an issue. A federated architecture will allow for these network issues by “syncing data” back to the SOC after periods of disconnection.

The trend towards greater connectivity across wider infrastructures offers the chance for centrally managed security to adapt quickly to evolving threats, Hussain adds.

“Criminals, regardless if their motive is activism, terrorism or financially related will find the weakest link within an organisations attack surface. It is therefore essential to ensure security processes and procedures are consistent and robust at every site, regardless of size or location. Publishing updates instantly across all locations limits these inconsistencies from occurring.”

He predicts that such CSIM solutions will “encompass the needs of multiple stakeholder types under Smart City and Smart Campus initiatives, and onward to the loT (Internet of Things)” – where having a platform underpinned by web service technologies is vital.”

This software release included features and expandable infrastructure purpose-built for the loT, as well as the ability to support customers with regional, national, and global foot prints.

Developing such solutions represents a significant commitment and not surprisingly two of the top priorities for users, including those in the transportation, energy, utility, healthcare, and government sectors, are cost-effectiveness and future adaptability. Solutions have to offer savings and they have to be non-proprietary, Philip Stockham argues. “Now more so than ever a clear ROI is key, spend-to-save must be demonstrable with budgets under pressure. Open platform approach is now also a must. No longer are clients accepting a lock-in approach.”

Building up sufficient in-region support capability is also essential, believes Vidsys, here in the Middle East as it is everywhere, and this focus on well-staffed support is part of the company’s strategy to remain at the forefront of the sector.

“Even with a strong and capable partner network end users do, of course, need confidence on the vendor’s international pedigree but, moreover, the level of commitment to the region around resource on the ground is a critical factor,” adds Stockham.

He highlights that during 2016 Vidsys has increased its in-region staffing significantly due to both higher demand and the large scale nature of the projects that the company is now supporting, especially in the safe city and critical infrastructure sectors.