Posted at 11:33h in News by Claire Mahoney

Canon Middle East introduced nine new network cameras including the company’s first 360-degree outdoor and infrared-enabled models for its Egyptian consumers at an exclusive event where it showcased its new technologies to around 120 consumers from various verticals such as banking, government, system integrators and vendors & resellers. 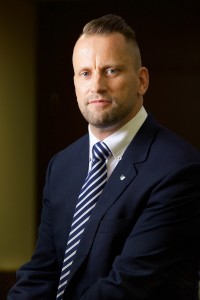 Canon’s newly launched network cameras are designed for both indoor and outdoor environments, including retail, city surveillance and critical infrastructure monitoring. The cameras are the first infrared (IR) based fixed box cameras featuring a 2.4x zoom lens and an ultra-wide 113.4º angle of view for high quality imaging day or night.

In Egypt, there is a great demand for security equipment, ranging across diverse sectors but particularly from commercial, retail and transportation sectors. “Given the importance of ensuring security and safeguarding people, property and assets, entities such as commercial and retail outlets increasingly rely on robust surveillance systems as part of their overall security strategy. Identifying this need, Canon Middle East has partnered with Computer and Communications Computer to provide powerful network cameras such as the Fixed Box Network Cameras which have ultra-wide lenses and built-in IR LED that enables filming in zero light conditions as well as Smart Shade feature which brightens dark areas in the images captured,” said Hendrik Verbrugghe, Marketing Director, Canon Middle East.

Commenting on the partnership with Canon, Khaled, Managing Director, CCS said : “The need for remote surveillance, and screening and detection is more pressing today than it has ever been in the past. Canon has some of the best technology available today, fully capable of meeting every surveillance need of Egypt. We are delighted to partner with them and distribute this technology in Egypt.”