Camera technology: The brains behind the lens

Home > Features  > Camera technology: The brains behind the lens 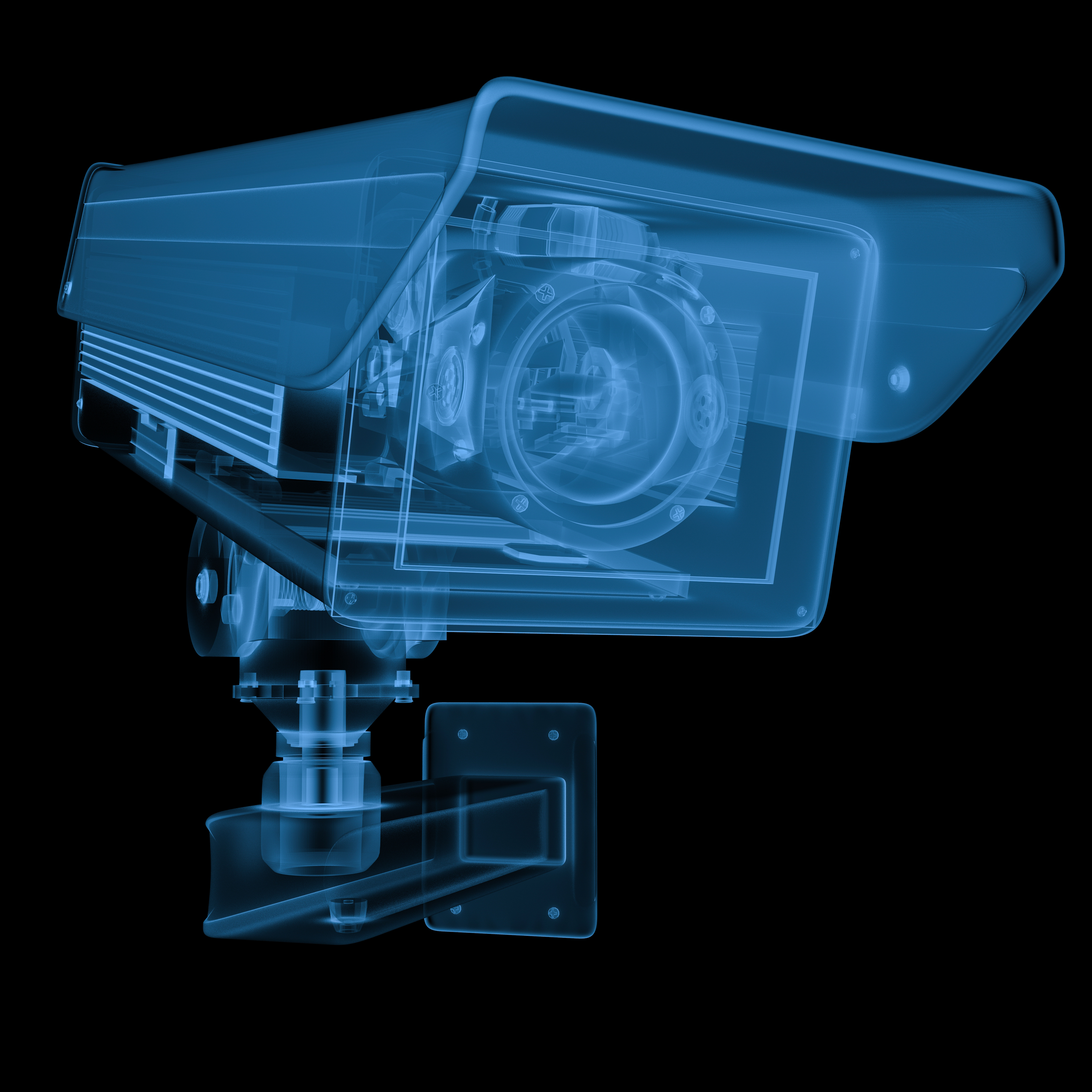 03 Jun Camera technology: The brains behind the lens

Posted at 16:32h in Features by Claire Mahoney

Today the video surveillance camera technology landscape is changing beyond all recognition thanks to powerful ‘system-on-a-chip’ architecture. We lift the lid on today’s cameras to find out more about the features being adopted including more advanced processing – like AI (Artificial Intelligence) based video analytics – and what these innovations have the, potential, to deliver on the ground. In addition, improved sensors are supporting higher resolution models and smarter compression techniques are helping to ensure that the growing weight of data being generated can be transmitted, efficiently and effectively.

Discussing the state of play of the video surveillance camera market, Jon Cropley, principal market analyst at IHS Markit, flags-up the central role of advanced silicon – like DSPs (Digital Signal Processors) – now being built-in to the latest camera models: “Most of the advertised features are enabled through the semiconductor devices inside them [the cameras], so low light performance, wide dynamic range and improved resolution.” On the question of where video analytics is being implemented today, particularly new AI deep learning-based analytics, Cropley says that a good proportion of this remains server rather than camera-based. He adds that even for cameras where AI or deep learning processing can happen at the edge, in certain cases, these units will still need to be deployed in conjunction with server-based analytics to relieve the heightened workload on the back-end.

When it comes to the future trajectory of AI-enabled cameras, a document issued by IHS Markit late last year makes for interesting reading. Entitled ‘Security Technologies – Top Trends For 2019’, and authored by the IHS Markit Security Technologies team, it notes that: “In 2018 deep learning analytics were nearly all processed either on a server or in the cloud, not at the edge. However, 2019 will be the year of the embedded deep learning application specific integrated circuit (ASIC) system on a chip (SOC).” According to IHS Markit when deep learning-enabled cameras were first launched back in 2016 very few AI chipset options were available and high prices and high-power consumption limited take-up. However, the chipset landscape is changing, says IHS Markit, as ASIC SOCs with lower power consumption – and a more compact design – are being developed. In conclusion, IHS Markit reckons that: “The development of edge-to-core processing will become significantly more common in the coming years. As such more powerful edge devices will help distribute the required workload.”

Drilling down to what specific vendors are doing to bring cameras and AI to market, one manufacturer that has really been pushing the envelope is Hikvision, the world’s leading supplier of video surveillance products. In fact, we have witnessed a succession of product launches with a deep learning connection. A case in point was the launch of updated versions of its thermal deep learning bullet cameras. These are designed to bring enhanced capabilities to perimeter security, including fire detection technology. Built around deep learning analytics the cameras come with a built-in GPU with advanced image processing technology and, according, to Hikvision can deliver powerful and accurate behaviour analysis, including detections such as line crossing, intrusion, and region entrance and exit.

For its part, Avigilon Corporation – a Motorola Solutions company – used the recent ISC West 2019 exhibition, the largest security trade show in the US, to preview its new H5A camera line. The vendor indicates that as part of its end-to-end platform the H5A line can now unlock the next generation of neural network-based video analytic technologies and image processor features. Specifically, the H5A cameras offer expanded object classification analytics as well as detailed object detection and tracking in crowded scenes. The upshot of this, says Avigilon, is that it should enable operators of Avigilon Control Center (ACC) to detect, verify, and act faster by bringing critical events to their attention. Commenting on this move, James Henderson, Avigilon’s president believes that the H5A camera line signals the beginning of a new chapter for the vendor: “Built with state-of-the-art deep learning algorithms, it [the H5A] is designed to recognise and classify different objects such as weapons and backpacks with incredible accuracy, helping bring a more proactive approach to security.”

Looking more broadly at the upsurge in video analytics, other manufacturers are also keen to deliver this feature set in-camera, at the edge. Interestingly, Arecont Vision Costar has just brought to market its first models – the MegaDome EX and MegaView EX dome and bullet cameras – that feature advanced video analytics. Regarding whether it is better to process video analytics in-camera or elsewhere, Eric Heller director of marketing at SightLogix – the thermal camera specialist – is adamant that camera-based processing is preferable: “We have always taken that route with our own analytics which gives us a couple of advantages. We are able to apply those analytics to the full dynamic range of the thermal video as it leaves the imager.” Heller adds that if you try to do the same thing outside the camera the video has to be compressed for transmission over the network.

Returning to chip-related developments, last month (April) Axis Communications announced the 7th generation of its own ARTPEC chip to power new capabilities and features for Axis network video cameras. Axis says that, crucially, the chip’s real-time object detection engine will make it possible for the vendor – and its partners – to develop analytics to automatically detect and differentiate between people, faces and object. Axis goes on to suggest that the fact the chip is self-developed – rather than outsourced – provides a layer of control for cybersecurity. “In the current market situation, we believe Axis has a strong competitive advantage as one of the few manufacturers with our own system-on-chip,” says Johan Paulsson, chief technology officer at Axis. He points out that unlike other chips it is not a generic all-purpose design: “It’s one hundred per cent optimised for creating high-quality Axis network video solutions.” Some of the first network video camera models to feature the new ARTPEC-7 chip are the Axis P1375 and P1375-E. These models are designed to capture clear, sharp images, regardless of lighting conditions thanks to the implementation of the Lightfinder 2.0 and Forensic WDR, features that Axis confirms are supported by the new chip’s completely re-designed image processing pipeline.

Another trend making waves for video surveillance is the expanding footprint of multi-sensor cameras. An early innovator here was Arecont Vision Costar with vice president of marketing, Jeff Whitney, pointing out that, at a practical level, such cameras can provide overall situational awareness while at the same time reducing the number of devices needed and the cabling infrastructure required. In a scenario like the retail sector, for example, Whitney believes that a multi-sensor megapixel camera is a strong choice: “The newest multi-sensor cameras feature adjustable and moveable gimbals that allow 180, 270 and 360 degrees of coverage, or anywhere in between. As an example, one or more sensors can be pointed straight down to monitor the [retail] Point of Sale areas while the others can remain focused outward, covering the approaches to the area or the rest of the store.”

A good example of the direction of travel for multi-sensor models is undoubtedly Arecont Vision Costar’s low-profile SurroundVideo Omni SX. This is the latest member of the family of omni-directional, adjustable view, dome surveillance cameras that Whitney says the company pioneered for the security industry beginning in 2014. The new multi-sensor camera series builds upon the global success of the Omni G2 in offering both 12 and 20 Mega Pixel models. Each model features True Day/Night capabilities for indoor/outdoor usage, including Advanced Wide Dynamic Range (WDR) for varied lighting conditions and NightView technology for low-light performance. Built-in SNAPstream technology is designed, explains Whitney, to reduce bandwidth without sacrificing image quality. In addition, the four-sensor, user-configurable, Omni SX camera series features the customer’s choice of remote focus lens options ranging from 2.1 to 16mm.

Hanwha Techwin is also reporting success on the multi-sensor camera front, with the PNM-9000VQ judged a winner in the video surveillance camera HD category of the SIA (Security Industry Association) ‘New Product Showcase Awards’ at ISC West. According to Hanwha Techwin, the PNM-9000VQ camera has four sensors in one camera with two selectable and re-positional 2 Mega Pixel/5 Mega Pixel lenses to allow 360-degree simultaneous monitoring, so eliminating blind spots. Hanwha Techwin believes that the device has the most potential where there is a requirement to cover large areas such as shopping mall entrances, lobbies, and airports.

Moving on to the question of camera resolution with HD (High Definition) and even 4K cameras being deployed more widely, interestingly, Jon Cropley from IHS Markit says that the speed of the scramble for ever higher resolution cameras has in fact slowed: “That being said there is an ongoing transition to higher resolution it’s just I don’t think it is necessarily as fast as it was in the past. The sweet-spot of the most common resolution is the two to four Mega Pixel category, the 1080p [check] category.” Putting a number on this Cropley says that IHS Markit estimates that, as a proportion of unit shipments in 2018 of network cameras globally, 58 per cent were in the two to four-Mega Pixel range.