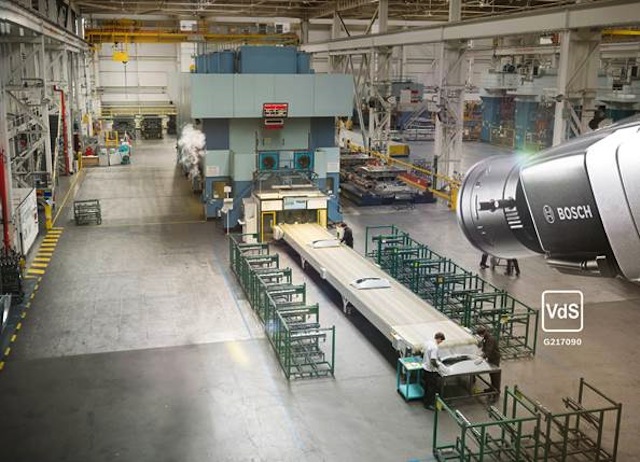 Posted at 11:55h in News by Claire Mahoney

The video-based fire detection AVIOTEC from Bosch has received the world’s first recognition from VdS Damage Prevention GmbH (VdS), as an automated video camera for visual fire surveillance with the number G217090.

The VdS is an independent, renowned institution for enterprise safety and security, and harmonized body for international safety standards. The VdS quality seal is considered an important investment criterion and often serves as the basis for later EN standardization.

VdS has developed a sophisticated test procedure for video-based fire detection that incorporates the established VdS guidelines 2203, “Requirements for fire protection software” and the “Requirements for flame detectors testing “. AVIOTEC IP starlight 8000 is the world’s first product, which has passed these tests. The immunity against false alarms was tested, but also the long-term functional safety and reliability under difficult environmental conditions, as well as operationally occurring mechanical influences.

Bosch meets the important test criterion immunity against false alarms to a special degree as the fire detection algorithms, developed on the basis of a physical smoke and flame model, precisely define fire-specific properties and clearly distinguish them from possible disturbance values. Thus, AVIOTEC not only offers a very fast, but also a reliable and robust solution for video-based fire detection and since November 16th, 2017 also with VdS approval.