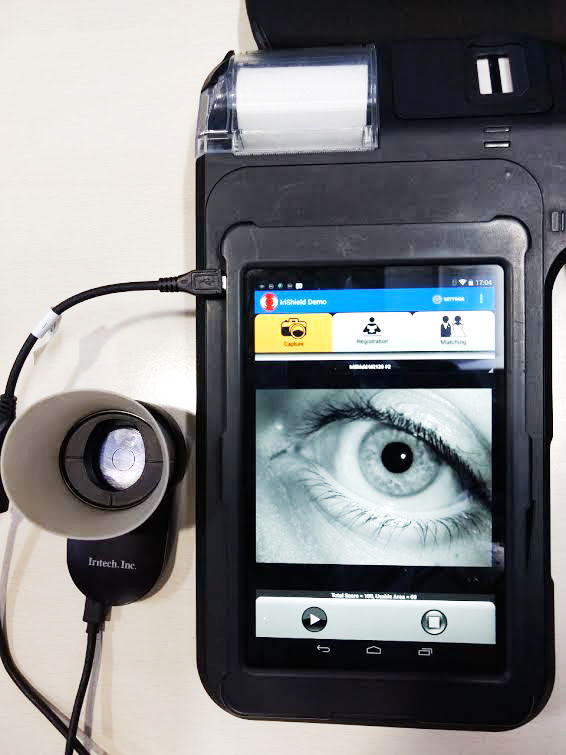 Posted at 12:07h in News by Claire Mahoney

Researchers in India have developed a small mobile ATM that uses iris and fingerprint recognition for transactions. Developed by Evolute Company, the handheld devices with biometric verification can deliver all the services expected from a traditional ATM such as cash withdrawal, cash deposit and balance enquiries.

IriTech’s IriShield MK 2120U is a compact, auto capture iris scanner that easily connects to Leopard handheld micro ATMs through a USB port. The customer’s iris will be captured by the IriTech camera for identity authentication before performing transactions such as withdrawing or transferring money from accounts.

This biometric ATM could prove particularly useful in rural areas in India, says the company, as it reduces the need for customers to travel long distances to sort out banking matters it also is more secure than fingerprint recognition for those whose digits may have become damaged or the fingerprint is masked by dirt.