Posted at 14:25h in News by SME Magazine

The British Association of Public Safety Communications Officials (BAPCO) held its 26th BAPCO Annual Conference and Exhibition at the Ricoh Arena, Coventry. The 2019 event was co-located with TCCA’s Critical Communications Europe, which enabled even more topics to be covered to a wider European audience. A primary focus was the roll-out of major public safety networks themselves, most importantly the Emergency Service Network (ESN), a great deal of new discussion around how the technology is likely to be used.

Acting CEO of FirstNet, Ed Parkinson, kicked off day one. He discussed ‘global co-operation and co-ordination for public safety wireless programmes,’ giving an overview of the current adoption of FirstNet across the US.

Jason Karp started his presentation on the ‘smart connected ambulance’ by describing its benefits in relation to a hypothetical multi-vehicle accident scenario. These included the ability to live stream bodyworn video footage from the scene, instant access to medical details via the scanning of the patient’s driver’s licence and Bluetooth-connected stethoscopes allowing multiple parties to listen to their heartbeat. Karp stated, “I predict 100 per cent LTE adoption by public safety within 18 to 24 months.”

Karp’s presentation from day one was further expanded on day two by co-founder of The Public Safety Network (and former president of FirstNet), TJ Kennedy, in his presentation on ‘the Internet of Life Saving Things’. He stated: “I believe that we [public safety] need to change the model where we’re using older technology than most consumers and most enterprises. In the future – and I can’t predict what day that will be – when 6G and 7G arrive, public safety across the world should have access to those technologies.”

In addition to this, the Showcase Theatre provided an opportunity for visitors to gain advice from industry experts and suppliers about how certain products, services and resources could be used to enhance best practice in one’s organisation.

The show floor also featured the Networking Lounge, Connected Vehicles, Members’ Lounge and Press Lounge, as well as over 102 suppliers, charities and organisations keen to speak with visitors about their needs. The wide range of exhibitors demonstrated some of the most innovative and cutting-edge products, services and resources, with some even having exclusive on-stand show offers and competitions. Sponsors exhibiting included Motorola Solutions, Samsung, APD Communications Ltd, Ericsson, Frequentis and Hexagon, Tait Communications and 3tc Software. 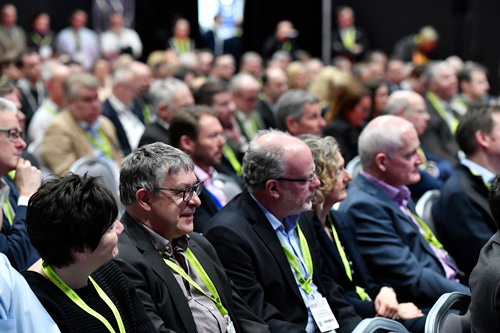 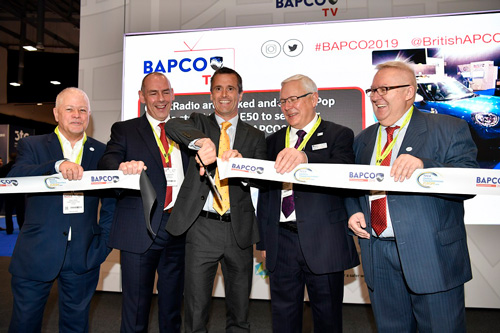 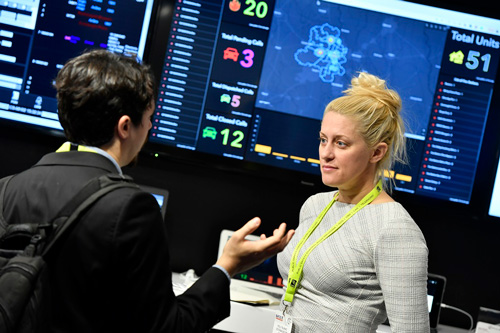 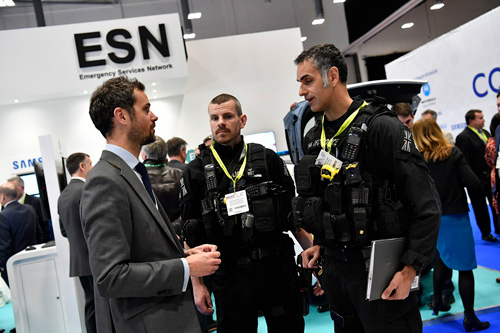 Nick Ross, Head of Criminal Justice and Public Safety for Samsung said “BAPCO is the main event for us and we get all the right people in the room over two days and have the best conversations.”

Matt Govett, Managing Director of MA Exhibitions, said: “BAPCO 2019 has been an absolutely incredible event … we have seen a record number of exhibitors, record number of visitors and increased amounts of content across all the streams. There is a great buzz around the show, loads of positivity and we’re really looking forward to how we can build on it going forward into next year.”

Ian Thompson, CEO of British APCO, said: “BAPCO 2019 was a very successful event with increased numbers of visitors leading to higher levels of participation and interaction both in the conference and with exhibitors. We continue to build the association and the event to help our members meet the challenges encountered daily in critical communications and public safety technology. Being at BAPCO 2020 helps you to do the same.”