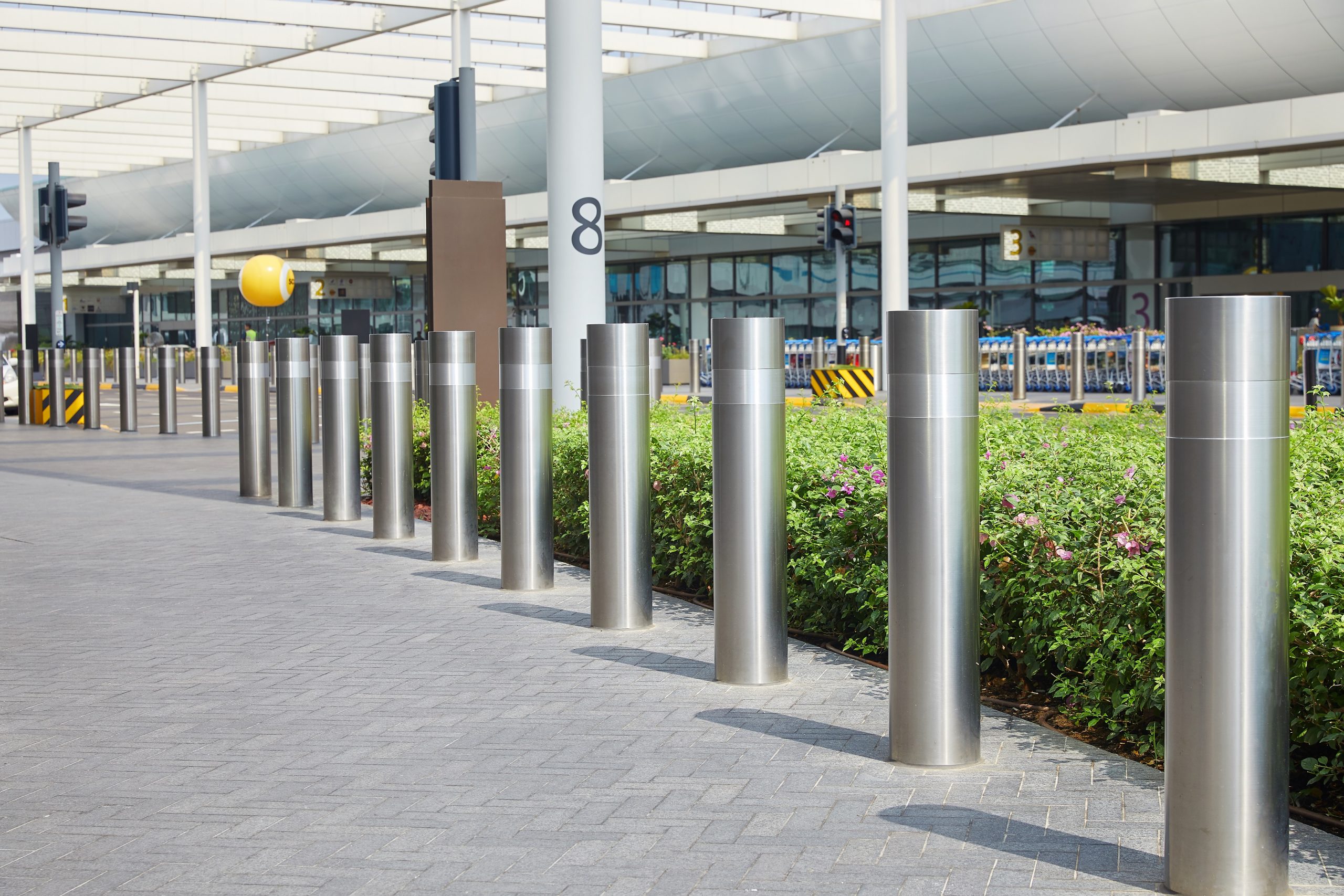 Posted at 12:47h in News by Claire Mahoney

ATG Access has just completed its third biggest airport perimeter project with the supply of shallow mount bollards around the perimeter of the Jewel retail complex at Singapore’s award-winning Changi Airport.

The Jewel area is a mixed-use, lifestyle hub for visitors to Changi Airport and covers 1.46 million square feet and includes sky gardens, the world’s largest indoor waterfall, aviation lounges, restaurants and over 300 shops.

As the main airport site is fully operational 24/7; the security measures placed around the terminal needed to be installed quickly and effectively. With this in mind, ATG Access utilised its reputable shallow mount technology, which delivers maximum security with minimum disruption.

More than 1,000 impact-tested Shallow Mount Bollards and Shallow Mount Lift-out Bollards, requiring a foundation depth of just 112 mm, were deployed around the airport. To ensure the security products complemented the aesthetics of the terminal and surrounding areas, they were coated in varying shades of silver to suit.

In order to meet client specification, ATG worked with its local partner in Singapore to test and certify the lift-out product, meaning it was one of the first impact tested lift-out bollards in the industry. Following this, all of the products were developed at ATG’s manufacturing facility in Singapore.

Gavin Hepburn, managing director at ATG Access, said: “With over 66 million passengers travelling through the airport each year; the new and iconic Jewel project required outstanding perimeter security measures to protect the asset and its passengers.

“Changi airport has taken its security very seriously over the last eight years, ensuring all terminals are protected from potential terrorist attacks or security breaches – after airports have been identified by security services as critical national infrastructure.

“This project has been our third biggest perimeter project to date, after Hamad International Airport Project (Doha) and Jubail Industrial Project, KSA, and we are proud to have been selected as their security provider.”