Assa Abloy enters strategic alliance with UBM, Saudi to further its expansion in The Kingdom 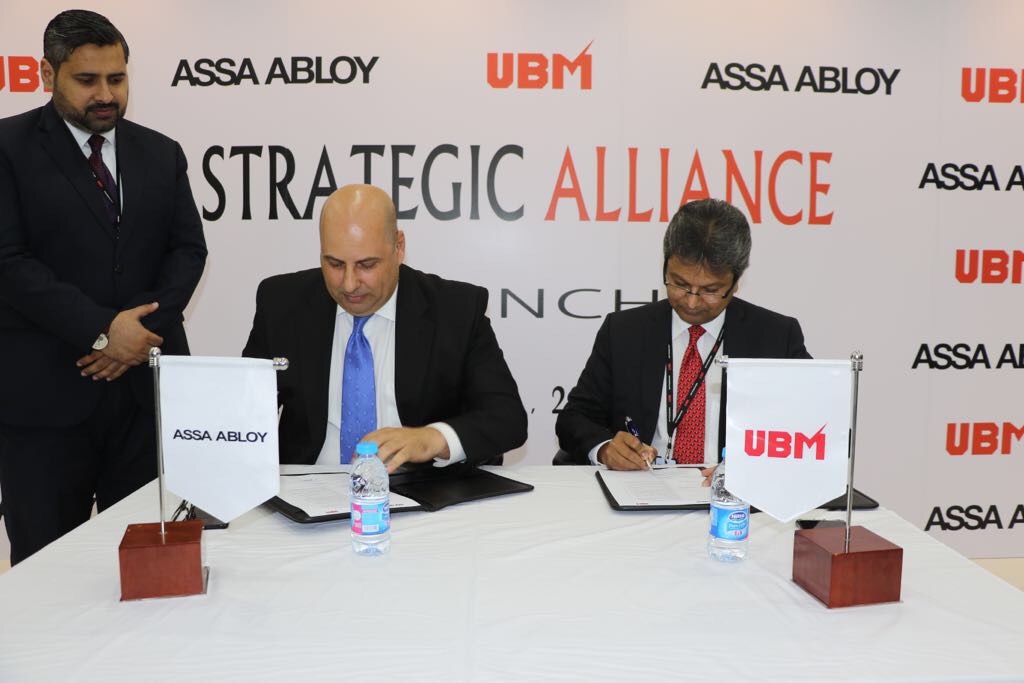 17 Jul Assa Abloy enters strategic alliance with UBM, Saudi to further its expansion in The Kingdom

Posted at 14:29h in News by Claire Mahoney

ASSA ABLOY’s CEO Nassim termed the agreement as a perfect association between the two business entities, which will boost collaboration and growth. He said that in the Middle East, ASSA ABLOY with two manufacturing facilities in the UAE and one in Egypt, is currently on an expansion course with “new acquisitions happening soon”.

He said that he is confident about the growth of Gulf market, especially in KSA; where several projects are underway or are to be announced. “We have a leading position in areas such as access control, identification technology, entrance automation and hotel security. Since its formation in 1994, ASSA ABLOY has grown from a regional company into an international group with around 47,000 employees and sales of more than USD 8 billion.”

UBM is a leading supplier of quality door hardware, mechanical and architectural products to the construction industry in KSA. The company has a wide sales network in the Kingdom where it distributes other world-class products from well-known brands like Zurn, Wilkins, Hunter Douglas, Nibco, Wilson Taylor, Bailey, S.H.W, Mandelli, Rocky Mountain, Baldwin, Raven, and Spark.