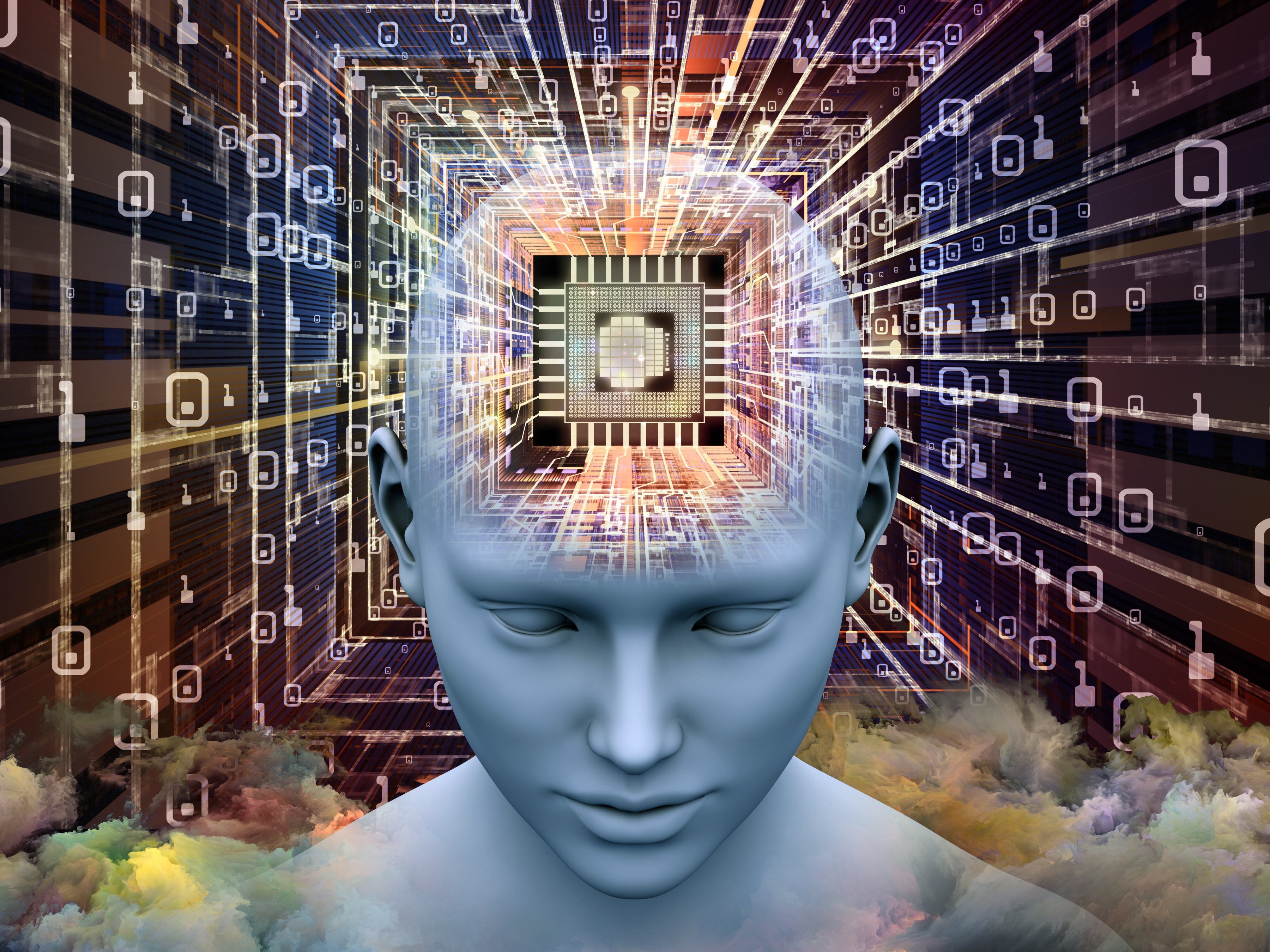 Posted at 13:21h in Features by Claire Mahoney

In the wider world AI (Artificial Intelligence) is very much in the news, whether that be in the context of self-driving cars; the first AI computer system conducting a convincing ‘live’ debate with a human in the form of IBM’s Project Debater – which was able to apply unscripted reasoning to the task – or an AI robot called CIMON launched last month to the International Space Station.

For security too, AI is starting to be woven into the very fabric of the latest solutions. Specific approaches like machine and deep learning are gaining traction in everything from cyber security to drone detection, video analytics, facial and voice recognition and – perhaps not too surprisingly – security robots.

On the cyber security front, machine learning is moving to the forefront thanks to the unparalleled potential to process and learn from large-quantities of data in what is one of the most dynamic and testing of all security environments. Here the expansion of AI-driven solutions is not necessarily seen as a threat to the human part of the security equation but rather a powerful tool for cyber security experts to employ.

For example, last December when considering cyber security trends for 2018, Matti Aksela, head of the Artificial Intelligence Centre of Excellence at Helsinki – Finland – based F-Secure, was keen to stress that AI’s potential is much more transformative when combined with human expertise: “The challenge of AI approaches is that it is often hard to truly understand the problems you need to solve without having a high-level of domain knowledge. This coming year will see more cyber security applications that embody human expertise augmented through AI – people I like to think of as cyber centaurs. And perhaps most significantly, cyber centaurs will be able to use AI to improve their own speed and performance and accomplish even more complex tasks faster, leading to the application of AI in areas that many used to dismiss as too complicated or too impractical.”

This human-machine approach to cybersecurity was reinforced back in May when F-Secure launched its Rapid Detection and Response offering. According to F-Secure this is designed to support endpoint protection solutions by providing an additional layer of security and, crucially, combines the benefits of human expertise and AI to give companies the edge in the fight against targeted attacks. Speaking about the rationale for the rollout of Rapid Detection and Response, F-Secure’s chief technology officer, Mika Ståhlberg said that one trick which is common in modern cyber-attacks is to disguise malicious activity as something normal and attackers are always finding new ways to do this: “Since there’s countless numbers of normal things happening in any given environment it’s basically impossible for companies to rely on human experts or artificial intelligence alone to comb through all that data.” He adds that: “AI trained by the best cyber security experts is vital when you are looking for needles in a digital haystack.”

With the number of drones in our skies continuing to soar, machine learning is taking off for solutions to detect potential intrusions near security-critical and commercially sensitive areas, a case in point here is DroneTracker from Dedrone. This multi-sensor drone warning system reflects the reality that the size, speed, and shape of drones makes identification extremely difficult for a single monitoring method. The latest iteration of the solution is DroneTracker 3 with software that is, essentially, a machine learning network using information from a proprietary database, DroneDNA. Dedrone says that by gathering intelligence from various sensors, including radio frequency and Wi-Fi scanners, microphones, and cameras, DroneTracker can detect drones over a mile away from a protected site and determine the communications protocol of the drone, its flight path, and the location of the pilot.  “Ultimately, DroneTracker 3 identifies how many drones are in an organization’s airspace, a question which was nearly impossible to answer prior to the launch of DroneTracker,” explains Jörg Lamprecht, ceo and co-founder of Dedrone.

Walter Candelu, head of sales and business development – Electronic Security Solutions, G4S UAE – underlines the impact that continuous innovation in the security industry is having on what is possible on the ground: “We are now capable of retrieving valuable information from Video Content Analytics (VCA) such as the classification of objects, abnormal behaviour, face recognition, demographics, as well as performing more complex analysis of the scene by using Artificial Intelligence (AI) applications such as behaviour analysis and machine learning.”

For his part, Oliver Philippou, research and analysis manager for technology at IHS Markit, believes that, where video analytics is concerned, deep learning – a sub-set of machine learning – has demonstrated its capacity to increase, radically, the effectiveness of a computer to reliably classify objects and behaviour. It is also, explains Philippou, making it possible to process and analyse increasing volumes of video footage much faster than previous analytics solutions would allow: “A number of companies are now marketing analytics that leverage deep learning to turn vast amounts of video footage into usable information in a fraction of the time it would have taken in the past.”

Beyond this, Philippou flags-up facial recognition as one of the security areas that has benefited most from advances in AI (Artificial Intelligence) and, specifically, a deep learning architecture: “Most facial recognition analytics on the market today feature deep learning. Not only does deep learning increase the accuracy of facial recognition sensors, it also enables faces to be identified in larger and more crowded scenes,” he says. Philippou adds that, in the wake of recent terrorist attacks on crowded venues, this capability is high on the agenda and, crucially, has the potential to radically change the approach taken to security monitoring, allowing law enforcement to track suspects with far greater speed and efficiency than before.

Looking, specifically, at projects in the Middle East, it is interesting to reflect on the announcement by Dubai Police at the start of this year that, under a new Artificial Intelligence (AI) network, thousands of video surveillance cameras from Dubai government agencies are now to provide a live feed to one central command centre. Once up and running, the Oyoon (eyes) initiative, according to Dubai Police, will apply AI and facial recognition technologies to help spot crimes and incidents by analysing live video, with no human intervention, and enable the police to track criminals across the city by uploading their image into a database. Apparently, the initiative is being phased in as part of the Dubai 2021 Vision of a smart city.

Given the vast quantities of data associated with smarter and safer cities, NVIDIA – a specialist in GPU (Graphics Processing Unit) computing, believes that there is the potential with deep learning-based video synopsis and analytics solutions to speed up investigations by intelligently compressing days of camera footage to minutes for quick review. On a connected point, leading video surveillance vendor, Milestone, announced last month (June) that it is allowing its customers to take advantage of NVIDIA’s innovations by introducing server-side hardware acceleration with its XProtect 2018 R2 video management software. One of the benefits Milestone flags-up is that the GPU (Graphics Processing Unit) on a graphics card is much better suited to handling large data sets like video, than the CPU in a computer. This, says Milestone, paves the way for video analytics, IoT and AI – as tomorrow’s intelligent video business systems – to handle massive amounts of data not only from cameras, but also from all kinds of sensors.

For Hikvision – the world’s largest supplier of video surveillance products and solutions – AI was centre stage at IFSEC 2018 in London last month. During the show the vendor demonstrated a wide variety of new products in its AI Series. These included: queue management technology; ‘Deep in Mind’ crowd density analysis; ‘Deep in View’ with a deep learning algorithm for human behaviour analysis (loitering, falling); ‘Deep in View’ facial recognition and an AI-powered ‘Deep in View’ thermal camera that can distinguish objects based on target type, which is said to reduce false alarms by up to 90 percent. The strong focus on AI at IFSEC reflects the pace of change here and follows on from the 2018 AI Cloud World Summit, organised Hikvision, that was held in March at the Hangzhou International Expo Centre in China where over 2,000 participants attended, including industry experts and scholars, as well as Hikvision partners including Microsoft, Intel, Milestone Systems and Axxonsoft.

Undoubtedly, voice recognition is another area where the logic of AI is really coming into its own. Vendors offering voice recognition are looking to further ramp-up the security and capabilities of their solutions and Nuance Communications – a leader in the field – is no exception. Recently, the company announced plans to reduce the risk of consumer fraud with a new suite of biometric security solutions. Once up and running the Nuance Security Suite is designed to apply deep neural networks (DNN), as well as advanced algorithms, to help detect synthetic speech attacks – with the latest release including a 45 to 55 per cent improvement in this area.

Of course, when people think of AI, thanks to big Hollywood blockbuster movies, robots are naturally at the front of their minds. Steve Reinharz, president and ceo at California-based Robotic Assistance Devices (RAD) reckons that advances in AI make it possible for integrated robotic systems to be used, effectively, to augment traditional security guards: “These [robotic] systems can leverage advanced navigation capabilities, obstacle avoidance sensors, and intelligence mechanics to streamline operations and to reduce the risk of human injury in dangerous environments.”