A new dawn for security in the region

Home > Features  > A new dawn for security in the region 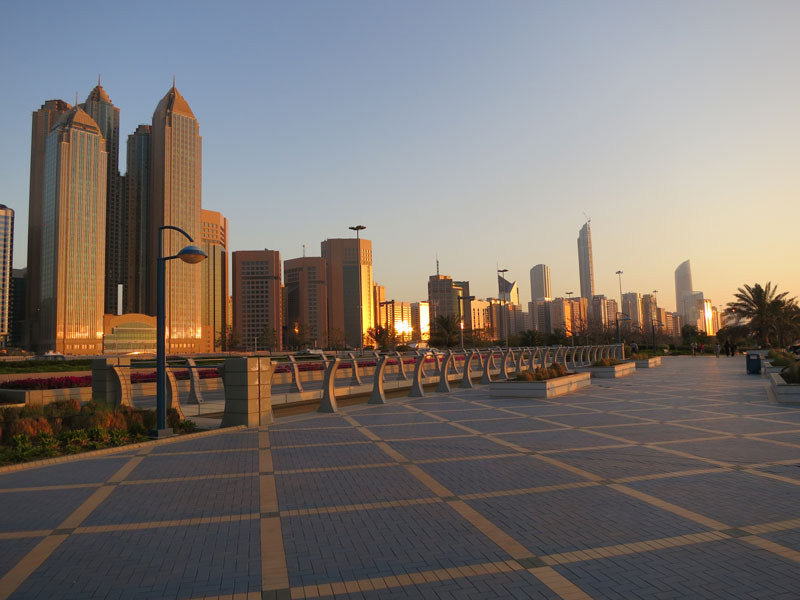 31 Jul A new dawn for security in the region

Posted at 09:31h in Features by Claire Mahoney

In the GCC, critical infrastructure has seen a spectacular transformation. While in the past it focused on mainly hydrocarbon production and derivatives (pipelines, ports, etc.) the development and diversification of the Gulf economies have seen the construction of railways, metros, a flamboyant hospitality sector, airports carrying millions of visitors per year (83 millions passengers transited by Dubai airport in 2016), and western enterprises settling in regional hubs such as Dubai and Abu Dhabi. While at the same time, GCC countries have been entrusted with major international events – what security practitioners call mega-events (The Fifa World Cup in Qatar in 2022, and Dubai 2020). These events will bring hundreds of thousands of visitors in the region, and constitute for the tiny Emirates, security challenges of an unprecedented magnitude. This is where our traditional security practitioner will add value.

At the 34th session of the council of Arab prime interior ministers held in Tunisia on 6 April, KSA Crown Prince Mohammed bin Nayef said:“Arab security is faced with unprecedented threats, internally and externally in light of many regional and global events. This requires us to strengthen security cooperation and integration between our countries to defeat demons of the earth, terrorists, criminals, promoters of drugs and outlaws.”

But how does this cooperation function? At regional level, The Islamic Military Alliance to Fight Terrorism (IMAFT), is an intergovernmental alliance of 41 countries in the Muslim world, that unite around the concept of a joint military intervention against the Islamic State (Daesh) and other potential adversaries. Its creation was announced by Mohammad bin Salman Al Saud, KSA Minister of Defence on 15 December 2015. This is the major regional cooperation against the threat of terrorism. Its goal is political and its objective is to eradicate the terrorist threat to regional governments.

All other initiatives have developed at national level. In Saudi Arabia, the Saudi National Security Council coordinates national security, intelligence and foreign policy strategies. This council was established in 2005 by the late King Abdullah. This is a very high-end council. At a lower level, industrial security is managed by the High Commission for Industrial Security, in existence since the 1980s, which regulates and controls security for all industrial facilities in The Kingdom.

In the UAE, the National Emergency Crisis and Disaster Management Authority is the overarching security authority of the Emirates and provides standards for emergency, crisis and disaster management. In Abu Dhabi, the Critical Infrastructure and Coastal Protection Authority is responsible for providing the needed security and safety for all critical infrastructure. Dubai, for its part, has recently launched a new agency called the Security Industry Regulatory Agency.

In Qatar, The National Security Shield project, initiated in 2007, is mainly destined for the Qatari border guard and coast guard, and is intended to allow monitoring of the territory, secure communications and speedy decision making to counter potential intruders. Protecting oil and gas fields, water resources, marine and coastal areas, as well as checking illegal maritime traffic, were its main tasks that constitute as many challenges. Qatar was capable of monitoring the threats to maritime and coastal security and tackle them efficiently.

To sum up the observer can see that GCC countries, depending on how they perceive their external and domestic threats, have their own ways of tackling their critical infrastructure security. Saudi Arabia with its extraordinarily powerful industrial infrastructure and its preeminent political status, is still the dominant player in terms of asset protection. But other regional players are very conscious of the need to increase their security and are quickly following suit.

‘The recalibration of the security landscape will probably see an improved cooperation between government agencies and the private security sector. This means that the private sector will see its influence grow – with governments that need their skills ’

Physical security is, of course, at the forefront of security programmes to protect critical infrastructure as well as major events. The greater exposure of the GCC countries to the rest of the world means that physical security will play a bigger role than ever before. This means that specific security expertise (for both critical infrastructure, and major events) is becoming more and more necessary and security experts will be entrusted with projects on a scale that was before the prerogative of governments. This recalibration of security will probably see an improved cooperation between government agencies and private security, based on a holistic management approach to protect the public, the visitors and the tangible and intangible assets of the countries. This means that the private sector will see its influence grow with governments that need their skills. This is why some local authorities have decided to certify consultants on the basis of their specific competence.

Governments attitude towards these unprecedented security challenges will be crucial. Existing skills must be recognised and put at the service of governments and official entities to create and reinforce security protection programmes. There is no doubt that with coming major events and unabated political contestation, physical security will continue growing. In Saudi Arabia alone, an estimated $90 billion dollars of security equipment will be bought over the next three years. And this is only a fraction of what will be spent in security in the rest of the GCC.

To succeed in their quest for more soft power, to maintain their positive image, increase their diplomatic as well as their economic development while increasing their international exposure, GCC governments are aware that physical security is the ultimate enabler and the gate to success.

An effective but unobtrusive security is the price they are willing to pay to keep their ascending stature on the international scene. Security practitioners, with their unique skills, will have a role to play in this new approach to corporate security and mega-events.