2016 set to be record year for ISNR Abu Dhabi 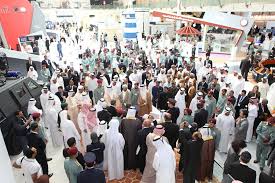 Posted at 14:40h in News by Claire Mahoney

The International Exhibition for National Security and Resilience (ISNR) will be the largest event of its kind in 2016, according to its organisers Reed Exhibitions, hosting a record of 20,000 square metres of net exhibition space.

The show which opens in Abu Dhabi later this month, will meet growing regional demand for expert insights into homeland security and national resilience.

The 7th edition will be held under the theme of “Connecting Governments, Society, and Business through Innovation, Leadership, and Excellence to Build Safer Communities and Ensure a More Resilient World.”

Key features include the Future of Policing Pavilion, Innovation Podium, K9 Demonstration, 911 UAE World Firefighter Challenge and many live demonstrations including the spectacular Aftershock II show, which will be presented during the Opening Ceremony on Tuesday, 15 March.

Co-located exhibitions include, the first-ever Infosecurity Middle East, the inaugural Emergency Response and Disaster Prevention with Fire Fighting Middle East, and the return of Occupational Health and Safety Middle East.

ISNR 2016 will be held from 15-17 March at the Abu Dhabi National Exhibition Centre.